Rory McIlroy took almost two full days to complete his first round, but he managed to spend time with his wife and child during the delay. 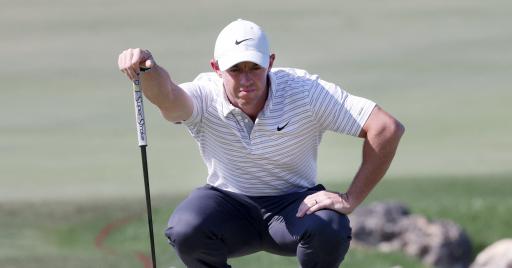 Rory McIlroy revealed how he filled his time during the extensive weather delays due to heavy rain at The Players Championship.

On Thursday when the chaos began, the Northern Irishman and his playing partners teed off just before 6 pm at TPC Sawgrass, a delay of over five hours.

During this delay, McIlroy told the media that he managed to spend some quality time with his wife Erica and his daughter Poppy, watching some of her favourite television shows.

"A lot of ‘Frozen.’ A lot of ‘Peppa Pig.’ A lot of ‘Mickey Mouse Clubhouse'," said McIlroy. A sign of the Northern Irishman's newfound duties as a father.

At least the four-time major winner was able to enjoy his downtime while the wind and the rain wreaked havoc at TPC Sawgrass. Enjoyment is not a word you would associate with this week.

McIlroy finally finished his second round just before 1 pm yesterday afternoon. It took 43 hours for him, Morikawa and Thomas to complete their round.

He was immediately sent back out to build on his score of 1-over-par. McIlroy shot another 73 on Saturday afternoon to finish on 2-over-par for the week.

It is unclear if this will be enough to make the cut and to reach what is left of The Players Championship. We are set for a Monday finish, but the weather could still have another say.

Next Page: Brooks Koepka's record on 17th hole at TPC Sawgrass is SHOCKING