Henrik Stenson WITHDRAWS from Players Championship with one hole left

Henrik Stenson withdrew from The Players Championship on Saturday when he had just one hole left of his second round. 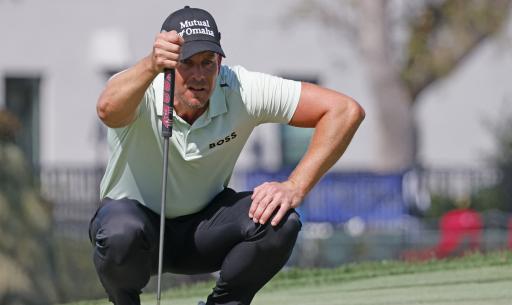 When professional golfers withdraw from PGA Tour events for a lack of reasoning, there will always be criticism. But on this occasion, I think we can sympathise with Henrik Stenson.

The Swede eventually shot a 73 in his first round at an event that has seen unprecedented weather delays and a severe backlog of groupings and tee times.

When play was suspended again on Saturday evening for darkness, Stenson had one hole left of his second round but he had no chance of making the cut.

Starting his second round on the 10th hole, the former Open champion made two early birdies but things quickly went downhill.

He played his front nine in 1-over-par and when play was called due to a lack of light, he was on a run of four consecutive bogeys.

Henrik Stenson WD from THE PLAYERS Championship after play was suspended for the day.

There has not been a clear reason given for his withdrawal, however, one gets the feeling Stenson wasn't up for returning to TPC Sawgrass on Sunday morning with one hole left and on his way to missing the cut.

He was 7-over-par and in a tie for 119th place. Perhaps he had no motivation to wake up at the crack of dawn to play one more hole.

This is why you can sympathise with the 45-year-old. The windy conditions wreaked havoc on Saturday with the 17th hole being almost unplayable for many players.

After play finished, Tommy Fleetwood shared the lead on 6-under-par with Tom Hoge but neither player was remotely close to completing 36 holes.