The timeless Bernhard Langer fired a score of 8-under-par in the third round of the Charles Schwab Cup Championship. 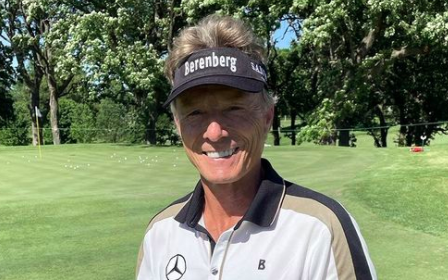 64-year-old Bernhard Langer beat his age for the first time in the third round of the Charles Schwab Cup Championship, firing a superb score of 63.

It was an incredible round that became an unbelievable achievement by the popular German, who now sits in tied 9th place with one round remaining.

Langer, a two-time winner of The Masters, made two eagles and four birdies at Phoenix Country Club in Arizona on Saturday. His round was unsurprisingly the lowest of the week.

Langer came very close to shooting lower than his age earlier in the season when he shot a 64 on his 64th birthday at The Ally Challenge in August.

"This is one of my best rounds ever, I think… I’m going to have a shandy to celebrate," said Langer after his round.

"It was fun to get a result because we did a bit of math last night, my son and I. He said, ‘If you finish top 18, Jim Furyk would have to finish second,’ so my goal was to do that… My goal was to be in the top-18 tomorrow."

Although Langer has 42 PGA Tour Champions titles to his name, he is yet to win the Charles Schwab Cup Championship, which is the finale of the veteran's tour season.

Kevin Sutherland won his second Charles Schwab Cup Championship in 2020, but he is currently in a tie for 24th place in Arizona.

With just 18 holes left, Langer is six shots behind leader Jim Furyk on 10-under-par. It is possible he may need another 63 tonight if he is to claim the top spot.