Jon Rahm has reportedly withdrawn from the DP World Tour Championship, which has brought a mixed response from golf fans. 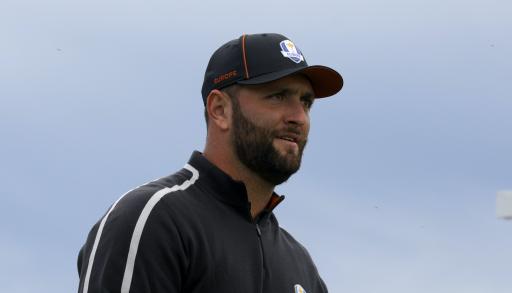 The European golf world was shocked at yesterday's news that World No. 1 Jon Rahm will not be playing at the DP World Tour Championship next week.

He declared that he didn't want to see a golf club following this disappointing week in Spain and now it is unlikely we will see Rahm back in competition before the new year.

It has certainly been a turbulent year for Rahm. He and his wife Kelley welcomed their first child into the world just before The Masters.

In June, he won the US Open and his first major title which came straight after testing positive for Covid-19 at the Memorial Tournament with victory in sight.

After finishing second at the Tour Championship, Rahm led Europe's hopes at the Ryder Cup at Whistling Straits, but it was a humbling experience for Team Europe.

The six-time PGA Tour winner played in all five sessions but could not hold back the American tide, which led to a crushing and record-breaking 19-9 defeat.

It is a blow for the European Tour that Rahm will not be in Dubai next week, following the news that it is set to become the DP World Tour from the start of the 2022 season.

"Exhausted, have you been counting your money Jon, rest up mate best in the world," one fan said.

"Hope it's not Covid again," another fan said.

"This annoys me. There are players working their nuts off just to see if they can make it this week. And he is just too tired, have a week off after the big end of season event," one fan commented.