Kenny G, the world-renown saxophonist, had a putting contest with Tiger Woods and he received some great advice from Butch Harmon. 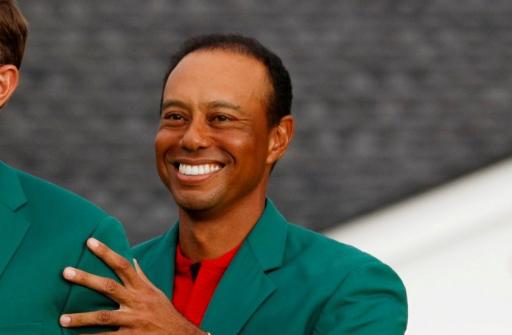 Kenny G, Tiger Woods and Butch Harmon. These three men turn out to produce a fantastic gambling story that occurred on the PGA Tour. Who'd have thought it?

Speaking on the Fore Play Golf podcast by Barstool Sports, the famous saxophonist recalled his memories of playing with Woods in various Pro-Ams and celebrity events.

At a Pro-Am held in Sherwood, Los Angeles, Kenny was paired with the 15-time major champion and was on the end of some Tiger-sledging early on in the round.

"He looks up at me and goes, yeah, you got one letter G; I got three. I go, what the f*** you talking about, Tiger?" the musician recalled.

Although Woods has been known for his determined, steely-eyed approach to his career, it is great to hear stories such as this where Pro-Am's offer a more relaxed environment.

Kenny also recalled a fantastic story from when he played in a Pro-Am at the great Pebble Beach. He took on Tiger in a putting contest, but he lost and he owed the superstar $20.

"So I walk around and then I see Butch Harmon. I said, Butch, I just had this putting contest with Tiger, and I only lost 20 bucks. And he goes, he wants you to owe it to him, doesn’t he?

RELATED: ANOTHER MISSED CUT FOR THE SELF-ANOINTED RANGE RAT: WHAT'S GOING ON WITH KOEPKA?

"Here’s what you do - this is Butch telling me.

Harmon, who coached Woods from 1993 to 2004, laid down a daring gauntlet for Kenny, who was now expected to confront Woods and swear at him.

Kenny told the podcast on that day, he played with six-time major winner Phil Mickelson and his putting was on fire.

"So the next day Tiger walks by, and he goes, hey, saw your putting lesson really worked; I saw your putts on TV.

"I go, hey, thanks, and he’s walking away and there’s Butch because Butch was his coach. And Butch is looking at me like, go get him, go get him. And I go, oh s***.

"So I’m nervous, but I walk up behind Tiger, stuffed the money into his back pocket and he looks around at me and I go, hey, f*** you. And he looks at me and goes, hey, that’s a good one. Good job, bro."

It must have been one of the most anxious moments of Kenny's life, as stuffing $20 into a millionaire's pocket and swearing at him isn't exactly a usual activity in your day.

Nonetheless, Kenny tells a great story and he provided an insight into Woods' engaging nature on the golf course.