Ian Poulter believes that the minimum loft on drivers on the PGA Tour should be capped at 9˚. 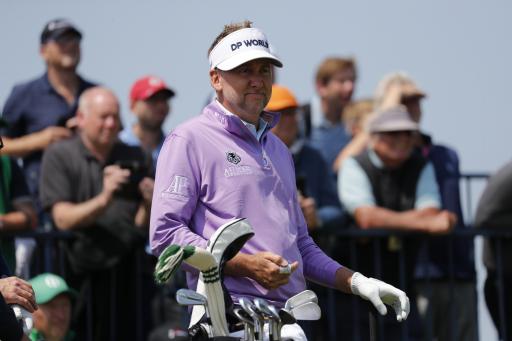 Three-time PGA Tour winner Ian Poulter believes that drivers on the PGA Tour should have a minimum loft of 9˚.

In a Q&A session on his Instagram story, Poulter answered a series of questions to do with his career and one fan asked him for one rule change he would make to the PGA Tour.

The Englishman believes that changing the minimum loft on drivers to 9˚ would "sort a lot of driver distance issues out." This is certainly an interesting thought.

Earlier in 2021, the R&A and USGA announced that driver shafts are now restricted to 46 inches. This was met with a hostile response from PGA Tour players, none more so than Phil Mickelson.

The six-time major champion also plays with a driver that has 6˚ of loft. Bryson DeChambeau has used drivers with 7.5˚ of loft and Rory McIlroy uses a long stick with around 8˚ of loft.

If Poulter's suggestion was implemented by the golf authorities, this would certainly turn a couple of heads and it would add to the sport's battle against the increased hitting distances of the players on the PGA Tour.

Unfortunately for The Postman, he finished on 2-over-par after two rounds at the Houston Open this week, which was not enough for him to play at the weekend.

Poulter won this event back in 2018, which was his most recent career victory. In his Instagram Q&A, he responded to a fan who questioned if he should retire.

RELATED: ANOTHER MISSED CUT FOR THE SELF-ANOINTED RANGE RAT: WHAT'S GOING ON WITH KOEPKA?

"I'm top 60 in the word and you're really asking me this question," Poulter rightfully responded.

The 45-year-old may be approaching the end of his career, but that is no means to say that he cannot challenge to win more trophies on the PGA Tour.