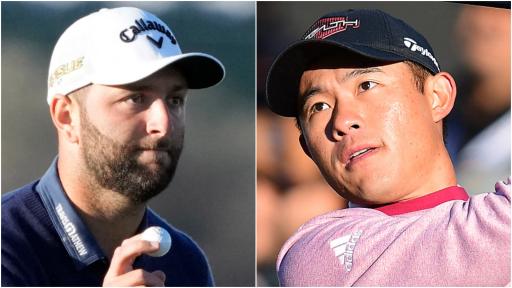 PGA Tour commissioner Jay Monahan is introducing a new business plan that will reward the top PGA Tour players, according to The Daily Mail.

Derek Lawrenson's article for The Mail indicates how Monahan is conducting a new business plan to financially reward the best young players on the circuit in a bid to stop them from jumping ship to a new Saudi Golf League.

And it certainly appears to have worked.

With just about all of the game's best players on the PGA Tour now committing their futures to the PGA Tour, it now seriously calls into question the future of any new golf super league backed by Saudi billions.

Phil Mickelson recently caused shock waves in the sport with his controversial comments about the PGA Tour, claiming he has been actively working against them.

So much so, a number of PGA Tour players have labelled Mickelson "toxic" and many believe he will soon be suspended from the PGA Tour.

Lefty also had some strong comments about the Saudi regime at large.

"I don’t want to kick someone while he’s down obviously, but I thought they [Mickelson's comments] were naive, selfish, egotistical, ignorant," said McIlroy at the weekend.

Bryson DeChambeu was targeted as the poster boy for a new Saudi Golf League, but the big-hitting American has now confirmed he will be going where all the best players go, and that is without question the PGA Tour right now.

Dustin Johnson has also ruled his name out of breaking away, fully committing himself to the PGA Tour.

How has Monahan kept hold of his PGA Tour stars?

According to The Mail's Lawrenson, the PGA Tour commissioner has guaranteed money for the world's best players on the PGA Tour, aided specifically by a new $1 billion television deal.

"He started by ripping up the long-established Tour business plan, instead focusing it squarely on rewarding the youthful set at the head of the game," writes Lawrenson.

"The plan runs until 2025 and, over the duration, elite players will benefit to the tune of hundreds of millions of dollars."

McIlroy, who also acts as chariman of the PGA Tour Player Advisory Council, told The Mail: "I'm not at liberty to share the details but let's just say that anyone who plays well over the next few years is going to get seriously rich."

The PGA Tour will continue to run its 'Player Impact Program' (PIP) where the top 10 players will share a pot of $50 mllion based on their ability to attract interest in the Tour from outside the ropes and on their social media channels.

You could say it's just a popularity contest, which has divided opinion with some PGA Tour players who know they can't quite move the needle like some of the biggest names in the sport.

Mickelson reportedly won it last season, with Tiger Woods in second, but the closing figures and results were never revealed.

But the Tour is also dishing out a $20 million bonus pot for the top 10 in the money list at the end of the regular season.

Then there is huge money up for grabs in the season-ending FedEx Cup Playoffs where the winner at the Tour Championship receives an improved $18 million prize. The winner of the FedEx Cup will receive at least $25 million by 2025.

It is also understood that Monahan has introduced three new limited field tournaments to begin on the PGA Tour in 2023, each of which will offer a "significant seven-figure amount of guaranteed money" to the best players on the circuit.

"By 2025, someone could be making $50 million in prize money per year and every member of the top 10 will comfortably make eight figures," writes Lawrenson for The Mail.