In 2023, the QBE Shootout is set to become a mixed event after players were informed of the significant change in the Bahamas last week. 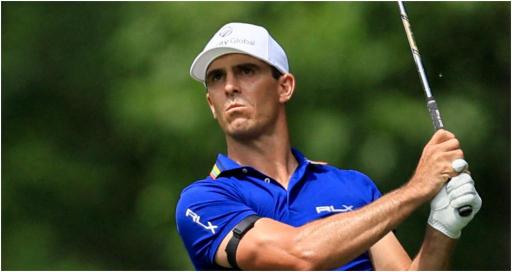 Seven-time PGA Tour winner Billy Horschel has welcomed the big change made to the QBE Shootout which is set to become a mixed event in 2023.

As reported by Doug Ferguson of The Associated Press, players were told last week at the Hero World Challenge that the team event will now permanently include both players from the PGA Tour and the LPGA Tour.

Nelly Korda and Lexi Thompson are competing this week alongside Denny McCarthy and Maverick McNealy, their respective partners for the tournament at Tiburon Golf Club in Florida.

The new look QBE Shootout will be the first of its kind on Tour since the JCPenney Classic which was last played in 1999 and last won by John Daly and Laura Davies.

Horschel, who came second alongside Sam Burns in 2021, believes not only his own tour will benefit from this, but the LPGA Tour too. Korda and Thompson could reap the rewards of a potential $950,000 winner's cheque which is split between the successful pair on Sunday.

"I think it’s something that needed to be done for quite a while," Horschel said.

The first playing of the old mixed JCPenney Classic was called the Haig & Haig Scotch Foursome and it was first won by Jim Turnesa and Gloria Armstrong in 1960.

If we refer to another mixed event of recent times, the DP World Tour had its first female winner back in June at the Volvo Car Scandinavian Mixed. Linn Grant won the event by nine shots that featured 78 men and 78 women playing for one prize fund.

"I just hope that people recognise women's golf more, sponsors go to the Ladies European Tour and hopefully this pumps up the women's game a little bit more," Grant said after her victory.