Xander Schauffele says "screw everybody else" in response to this question

Xander Schauffele was forthright in his answer to this query in his press conference after his second round at the WM Phoenix Open. 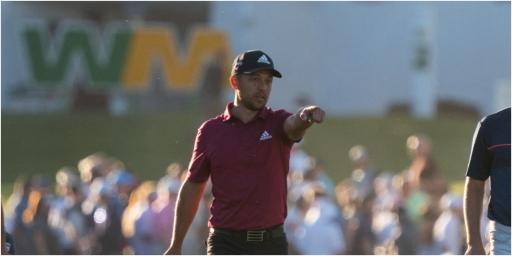 Xander Schauffele may be a reserved character on the golf course but he had a matter of fact response to this query.

Schauffele had just carded a second round 65 to force himself into weekend contention at the WM Phoenix Open before his media duties.

Despite the pureness of the greens, Schauffele felt like the putter had been holding him back even though he shot 67-66 in his first two rounds.

The 28-year-old has won four times on the PGA Tour. That last victory came at the 2019 Tournament of Champions in Hawaii.

Of course, he memorably claimed Olympic gold in Tokyo last August. But he feels he is "lagging" in the winning department.

Does he count winning the Olympics as a victory, or does he feel like he hasn't won since then?

This is what Schauffele replied:

"I'm pretty sure I've gotten more recognition or attention for the Olympics and the gold medal than I've ever imagined. I think the longer that marinates, the better it gets for me.

"At first I didn't just because it was just new and people were telling me no. And then I kind of sat down and looked at it and I was like, hmm, screw everybody else, like I think this is a win.

"So if you want to talk about PGA Tour official wins, then, yes, I'm lagging on that end."

WATCH: Xander Schauffele has a fight with cacti at the WM Phoenix Open

Schauffele's temperament is a key feature of his game. The fact he is able to stay calm and execute is what has made him a winner.

Hopefully, for Schauffele, that can translate into a few more victories this season.

Though he's had to deal with the ridiculously noisy crowd at the 16th hole in Phoenix, just like everybody else.

"I try pretty hard to stay pretty level throughout the round," he said. "So there's a few holes that will get you going where everyone -- I mean, it's just that people are yelling around you, it's just a lot of noise.

"If you sit in a car and you're really calm and someone turns the volume up to 50 I think you'll jump a little.

"But fortunately we know what to expect moving around the golf course, so I'm sure most of the guys don't really mind."

Sahith Theegala held the 36-hole lead. Even more incredible is the fact the 24-year-old was playing on an exemption.

Schauffele said of the youngster turning heads: "He played at Pepperdine. I know Carl his caddie. When I was competing at school he was the assistant coach there.

"David Pelekoudas is a caddie out here, he's currently with Beau Hossler. He introduced me a long time ago I think when Sahith got into the Riv.

"So, yeah, he's been a stellar kid -- I'm not sure how old he is, I guess I'm calling him a kid here, he's obviously younger than me. But he had a surgery I think at one point in his career and then kind of bounced back pretty solidly, obviously. So besides those things, I don't know him too well."