Dustin Johnson testing FIVE DRIVERS ahead of the BMW Championship

Dustin Johnson is said to have been testing at least five different TaylorMade drivers as he looks to get his game back on track in the FedEx Cup Playoffs. 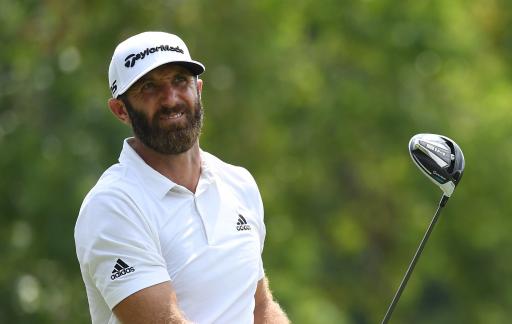 Dustin Johnson has been testing five different TaylorMade drivers ahead of this week's BMW Championship as the big-hitting American looks to get his game back on track in time to defend his FedEx Cup title.

Johnson, 37, has endured an indifferent run of form of late with two missed cuts in his last three starts, and incredibly, he has yet to win on the PGA Tour in 2021.

The World No.2 did pick up his second career major title earlier this PGA Tour season with victory at The Masters in November and he also went on to win the Saudi International for a second time in three years on the European Tour back in February.

But that was Johnson's last piece of silverware and he has picked up just four top-10 finishes around in the world in 15 starts since that win.

Johnson is currently 20th in the PGA Tour's strokes-gained off-the-tee statistic, having ranked 11th last season, and he is seemingly looking to get back on the straight and narrow by testing a number of different TaylorMade drivers at Caves Valley Golf Club this week.

According to Golf Channel, Johnson has been testing "at least five" drivers on the range this week and he is said to have "found one that he likes" ahead of Thursday's first round.

The 24-time PGA Tour winner has been switching between SIM and SIM2 driver heads on the circuit this season, and he was spotted using a SIM2 Max driver during his Tuesday practice round when his coach Claude Harmon II posted a video.

Johnson played with two 3-woods in the first round of the Northern Trust last week as his TaylorMade SIM driver head had cracked.

The former World No.1 lies 22nd in the FedEx Cup standings heading into this week's BMW Championship, and he must finish inside the top 30 in the standings in order to progress to the Tour Championship if he wants any chance of defending his FedEx Cup title.

Johnson has already qualified for the US Ryder Cup side to face Europe at Whistling Straits at the end of September.

NEXT PAGE: RORY MCILROY EXPLAINS HOW HE SAT ON THE EDGE OF HIS BED AND CRIED AFTER A MISSED CUT