Bryson DeChambeau and his caddie Tim Tucker split up before the Rocket Mortgage Classic, but he has now chosen a new caddie to help him at the Open Championship. 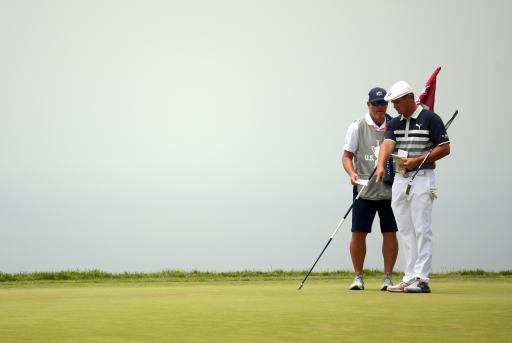 Bryson DeChambeau has chosen Brian Zeigler, an instructor at Dallas National where he plays and practices, as his caddie for the Open Championship.

The World No. 6 parted ways with Tim Tucker before the Rocket Mortgage Classic last week and instead, he had Ben Schomin on the bag.

Having missed the cut in Detroit, DeChambeau will need to find something extra at Royal St. George's if he is to win his first claret jug and his second major title.

The big-hitting American announced via his Instagram page that he had appointed Zeigler and by the looks of it, he looks very excited to team up with the Dallas National instructor.

"Excited to have Brian Zeigler joining the team as my new caddie. Can't wait to have him be a part of the journey. Thank you to my great friend Tim Tucker for everything he has done for me. I am grateful for our friendship.''

The 2020 US Open champion thanked Tucker for his help and friendship over the years, as the pair won eight PGA Tour titles together.

It was DeChambeau's agent, Brett Falkoff, who first broke the news that Tucker would no longer be on the bag as both men were "tired."

DeChambeau is one of many players who have taken the week off from the PGA Tour to prepare and travel to Sandwich for the Open Championship.

The 27-year-old will be hoping to improve on his performance from the 2019 tournament, where he missed the cut at Royal Portrush.