Harold Varner III spoke exclusively to GolfMagic about his career on the PGA Tour, his future goals and his new partnership with Cutwater Spirits. 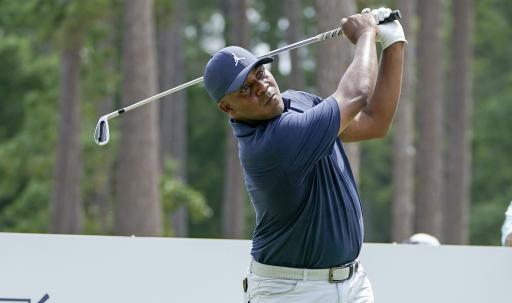 Harold Varner III may only have one PGA Tour victory to his name, but his desire and belief to win his second title are unrivalled.

Varner won the Australian PGA Championship in 2016, which was the same year that he burst on to the PGA Tour scene having previously competed on the Korn Ferry Tour.

Speaking exclusively to GolfMagic, Varner described the thrill of his most memorable week in Australia and how he intends to win more tournaments in the coming seasons.

"It was a huge thrill. I finished second the year before so to come back and get it done made it even more exciting," said Varner.

"Each week I have a chance. I have been in the hunt several times but I just didn't get it done. It's not easy. I think I can win every week, that's why I show up.

The 30-year-old hit the bar earlier on in the season when he came tied second at the RBC Heritage, four shots behind an impressive winner in Stewart Cink.

Although he has missed two of his last three cuts on the PGA Tour, Varner has also made the top-25 on six occasions so a big week could just be around the corner.

The man from Akron, Ohio is very pleased with his game at the moment and he is aiming for even bigger things in the future, such as earning a spot in the US Ryder Cup team.

"I am running my own race so I am very happy with what I have done in my career. However, I still have a lot to accomplish, lots of goals to meet so I am still working hard to achieve those things.

"The Ryder Cup is my style, the energy and the passion. Of course, that's the dream to represent my country.

"My biggest dream is to stroll down Magnolia Lane with Pops tho. I am chasing that first, Augusta."

The World No. 87 has recently entered into a partnership with Cutwater Spirits, a cocktail company based in San Diego, California.

Like many people, Varner has been a long-term fan of the company and their products and he is excited to represent them on the PGA Tour.

"I am thrilled! I have been a longtime fan of the transfusion cocktail and the Cutwater Spirits Vodka Transfusion in a can is definitely a game-changer.

"It is a delicious and portable take on the true golfer's cocktail."