Bryson DeChambeau does something special in NEXT YouTube video

Bryson DeChambeau left his fans on a knife-edge with his latest tweet. 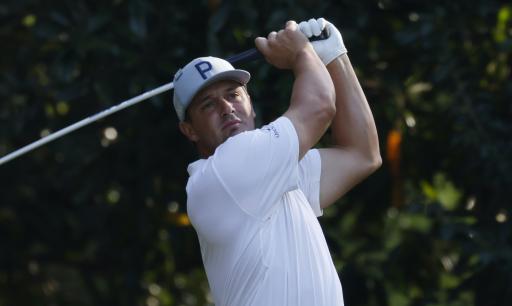 There is certainly never a dull moment when you turn on one of Bryson DeChambeau's YouTube videos on his popular channel.

Two weeks ago, DeChambeau posted a video of a practice session on the driving range where he and Long Drive champion Martin Borgmeier primarily worked on hitting bombs.

In this video, the former US Open champion discovered something that left him completely stunned. He said he "could now sleep" after his discovery.

He found out that on his downswing, he needs to have his right wrist behind his right forearm. He explained that this would prevent the clubface from being open at impact.

He called his coach Chris Como in a flurry of excitement and his Long Drive friend Borgmeier rightly pointed out that even a major-winning top-10 golfer is still discovering things about his game.

Just did something only a dozen golfers could do. Video coming soon.

DeChambeau spoke to the camera and encouraged his fans to do it the scientific way, so to speak, and experiment with your swing. Sometimes, a lesson or a coach may not be the tonic for your game.

It now looks like that the 28-year-old has had another eureka moment. He tweeted in the early hours of the morning to tell his fans that another exciting video is coming.

"Just did something only a dozen golfers could do. Video coming soon."

This is certainly very ominous and it has left many golf fans wondering what his next upload could consist of.

Golf fans left their views in the replies to the tweet:

Get a Saudi waiver?

If it’s not “hitting a golf ball over them mountains” I’m going to be very disapointed.

It's probably something stupid like a par five ace

My guess is crack a ball off the tee with driver…