Bryson DeChambeau and Dustin Johnson are set to tee it up at the Saudi International at Royal Greens Golf and Country Club at the start of February. 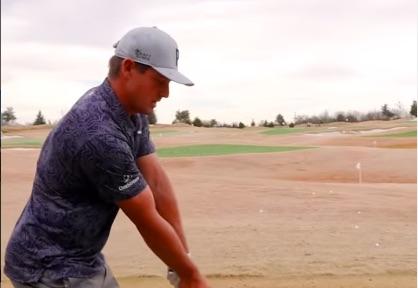 Bryson DeChambeau is excited to "show us more bombs" at the Saudi International at Royal Greens Golf and Country Club at the start of February.

DeChambeau, who is part of a star-studded line-up for the controversial tournament, featured in a promotional video on the Instagram page of the Saudi International.

In his typical style, the 28-year-old smashed a driver down the driving range. He is set to play at the Farmers Insurance Open this week before he jets off to Jeddah.

DeChambeau had to withdraw from the Sony Open in Hawaii due to an injury in his wrist. He has since visited a specialist in this area to recover from his injury.

As well as DeChambeau, two-time major champion Dustin Johnson has also taken part in a promotional video for the Saudi International. He is already a dual winner of the event.

These names were amongst a list of 30 players to receive waivers from the PGA Tour to take part. The Saudi International has been sanctioned by the Asian Tour.

The Asian Tour was the subject of a $100 million investment from the Private Investment Fund in 2021, the sovereign wealth fund which represents the Saudi Arabian government.

With this investment, the Saudis have been accused of attempting to "sportswash" their questionable human rights record.

However, players such as DeChambeau and Lowry have defended their decisions to play in the tournament, stating that they are golfers and not politicians.

Many other PGA Tour players feel that events in the Middle East are an opportunity to grow the game of golf. This is also the view of Greg Norman, who is set to oversee the development of a Saudi-backed golf league to rival the PGA Tour.