"IN YOUR FACE!" Will Ferrell gives funny speech as he accepts Tiger Woods award

Tiger Woods won best athlete at the 2008 ESPY Awards, then Will Ferrell stepped up to accept the trophy. 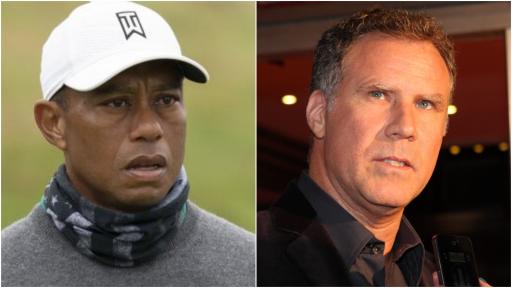 When Tiger Woods won best athlete at the 2008 ESPY Awards, actor Will Ferrell raced onto the stage to accept the award for him before giving a hilarious speech.

An ESPY Award, which was first handed out in 1993, is an accolade currently presented by the American broadcast television network ABC, and previously ESPN, to recognise individual and team athletic achievement and other sports-related performance during the calendar year preceding a given annual ceremony.

At the time of 2008 ESPY Awards, Woods had recently landed the US Open on one leg at Torrey Pines, home of this week's 2022 Farmers Insurance Open on the PGA Tour.

While Woods was voted the winner as best athlete for 2008, he was unable to attend the ceremony for one reason or another.

Justin Timberlake read out Tiger's name as the winner and then up stepped actor and comedian Will Ferrell.

We wonder what Tiger Woods made of it all.

"Another trophy, another one of these bad boys. This one is definitely the most special. Who cares.

"People are always asking me... Tiger, how do you do it?

"My answer is always 'Shut up. I ask the questions around here. I'm Tiger Woods.'

"What can I say, it's been a great year. Clearly I am the best golfer alive today. Arguably the greatest of all time.

"Oh I didn't just purposely sever my ACL and broke a bone in my leg, and you know I still won the US Open, and that's when even I started to believe it's undeniable that I am the greatest."

Ferrell then reels off a number of sponsors he wanted to thank, before finishing: "What can I say? I'm the best. In your face, everybody. Goodnight."

NEXT PAGE: GOLF JOURNALIST HAS A SHOCKER WHEN ASKING JON RAHM A QUESTION