Justin Thomas on his mental health: "How could I POSSIBLY feel like this?"

"I would get like, kind of in this mode or in this mood of just like, I just feel so helpless and so sorry all the time and I felt like I wasn't allowed to or I couldn't be." 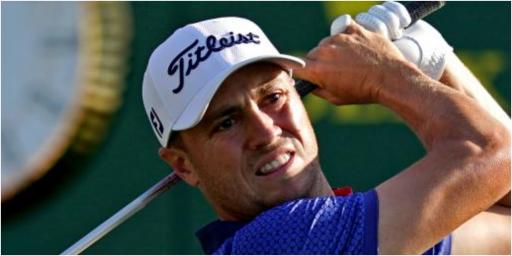 Justin Thomas has revealed his mental health reached such a low point this year he was left feeling "so sorry and helpless."

Mental health is a big-issue in world sport at the moment and golf is no different as several big players have spoken of their own experiences.

Thomas, 28, was the most recent guest on the popular No Laying Up podcast where he revealed at some points this year he, "just wasn't having any fun".

It got him down, he said, as he had worked harder this year than ever before but the results weren't going his way despite a strong start to the season with a win at the Players Championship.

"Mentally, I just got into a place that I haven't been ever," Thomas said, who has won 14 times on the PGA Tour.

"I was talking to psychologists, I wasn't having any fun and... to me, I mean the competitive side it is what it is.

"I don't wanna say my performance determined my mood and whatnot but it definitely influences it.

"If I'm playing well then I'm obviously going to be in a happier mood. I have definitely gotten better, I'm not my 14-year-old self who would kick chairs and stuff."

He continued: "But I just wasn't having any fun. When I was out there it didn't feel like I was going to do well.

"I just felt like I wasn't even a very good player and I go back and I'm like, 'I'm the second or third ranked golfer in the world, how could I possibly feel like this?'

"And that's where I was like, I might have a little bit bigger things going on here."

Thomas said he addressed his own mental health issues in the past but, "it had never gotten to that level with me".

He said: "It felt like that, along with not very good golf it felt like I wasn't really enjoying what should be an unbelievably enjoyable lifestyle as much as I should."

Thomas said the best piece of advice he received was "it's okay to feel sorry for yourself".

"I would get like, kind of in this mode or in this mood of just like, I just feel so helpless and so sorry all the time and I felt like I wasn't allowed to or I couldn't be.

"It's like dude, it's okay, you are allowed to feel that way. It's part of life."

The support of friends, family and professional help have ensured Thomas is feeling better, he said.

He added: "Luckily I was able to, I don't wanna sound like a sob story, but just kinda play my way through it."