Bryson DeChambeau has been drawn in the same group as Lee Westwood, Richard Bland and Talor Gooch in Group 9 of the WGC Match Play. 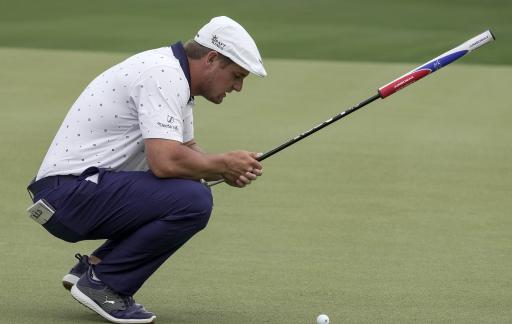 Bryson DeChambeau's participation in the WGC Match Play was confirmed on Monday when he was drawn in Group 9 of 16.

DeChambeau has been drawn with Lee Westwood, Richard Bland and Talor Gooch. This group is in the same bracket as other groups including Jon Rahm, Brooks Koepka and Dustin Johnson.

The former US Open champion will be able to reignite his battle with Westwood which we saw at the 2021 Arnold Palmer Invitational. DeChambeau overcame his English opponent and won his eighth PGA Tour title.

The 28-year-old hasn't competed on the PGA Tour since the Farmers Insurance Open as he's had a wrist injury to contend with.

His match with the World No.60 Bland should be extremely interesting as we will see a clash of power versus experience at Austin Country Club.

One of the highlights of the draw appears to be the ominous clash between World No.1 Rahm and Patrick Reed in Group 1, which could bring back memories of Ryder Cup clashes between Team Europe and Team USA.

Rahm lost to Dustin Johnson in the final of the WGC Match Play in 2017 and he will be hoping to pick up his first win since the US Open in 2021.

Jordan Spieth is arguably in one of the most competitive groups of the week. He has been drawn with three fellow major champions Adam Scott, Justin Rose and Keegan Bradley in Group 11.