Daniel Berger switched to the TaylorMade Tour Preferred MC irons in 2020, but he needed some new heads for these older clubs. 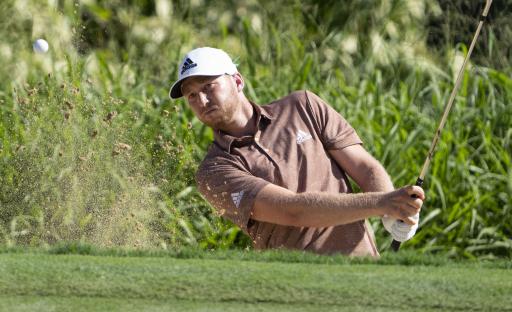 Daniel Berger will be using clubs that he sourced on social media this week at the Farmers Insurance Open on the PGA Tour.

Berger, 28, changed to the TaylorMade Tour Preferred MC irons in 2020 when he became an equipment free agent.

These popular irons were first released in 2011, which is not a common decision a PGA Tour player would usually make, but they are incredibly impressive clubs.

They're forged from 1025 carbon steel and have a forged cavity-back design. They are forgiving irons that suit tour players, but they are over 10 years old.

This meant that Berger would have to find new heads or new clubs via the internet, since TaylorMade have stopped manufacturing the clubs.

"I’ve got a couple different sets and they’ve come from all over the place," Berger told GolfWRX ahead of the Farmers Insurance Open.

"I bought one set online… just from some guy on the internet, he messaged me online on social media. It’s a perfect set. I don’t know if he worked at TaylorMade at some point, but the box and everything were from TaylorMade…they were brand new.

"Then a lot of the other ones I’ve got have been just from people reaching out, and friends and family. But yeah, it’s worked out. I’ve got plenty of backups."

Berger reportedly used the TaylorMade MC's when he was at high school. The man from Florida may be somewhat of a sentimentalist, but who are we to judge?

He has finished tied seventh at the Hero World Challenge and tied fifth at the Sentry Tournament of Champions to begin this PGA Tour season well.

In 2021, Berger won the AT&T Pebble Beach Pro-Am and also earned two points for Team USA at the Ryder Cup. Whatever equipment changes he has made, they seem to be working perfectly.

NEXT PAGE: RORY MCILROY ASPIRES TO PLAY FOR ANOTHER "15-18 YEARS" THEN RETIRE