Bubba Watson is the Play Yellow charity's newest ambassador, an organisation which is run by golf legend Jack Nicklaus and his wife Barbara. 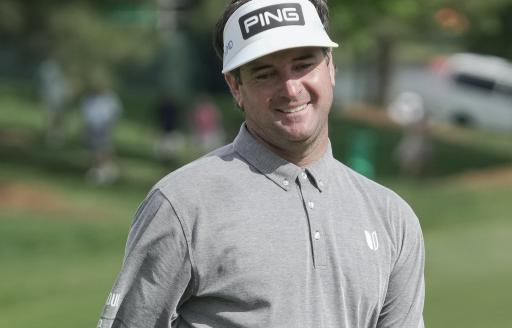 At Muirfield Village, Watson donated the club with his trademark pink head with a yellow shaft but this was after the 42-year-old hit a big drive with the club in front of a crowd.

The two-time Masters champion was announced as an ambassador for Play Yellow on June 2nd and it is a charity that attempts to bring the golf world together to help the 10 million children who are treated in Children's Miracle Network Hospitals every year.

He surprised Barbara and @JackNicklaus with a special gift @MemorialGolf to help their cause. pic.twitter.com/EbdFconFFl

As is shown in the video above, Watson's involvement in the charity will primarily benefit the Studer Family Children's Hospital at Ascension Sacred Heart in Pensacola, Florida which is his local CMN hospital.

This hospital, which opened in May 2019, is the recipient of generous donations from the 12-time PGA Tour winner and his wife Angie and this helped the construction of the four-story building.

Watson was among other players to show their support for Nicklaus' charity last week at the Memorial Tournament. Rickie Fowler, Collin Morikawa and Max Homa all wore yellow ribbons on their caps to support the cause.

Play Yellow was launched by Nicklaus and his wife in 2019 and it strives to bring the golf world together and raise the crucial funds needed by CMN Hospitals and the patients they tend to.