Premier Golf League worth £250 MILLION scheduled to START in 2023

The competition is scheduled to begin in January 2023 and it would include 18 tournaments that will target the top 48 men's players in the world. 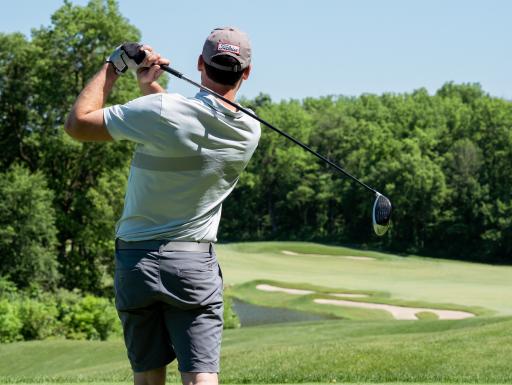 A new Premier Golf League has reportedly been scheduled to start in January 2023, in a groundbreaking attempt to change the modern professional game.

According to BBC Sport, the format will include 18 tournaments that will target the top 48 male players in the world. They intend to be lured by large prize pots for each event.

12 of these events are planned to be staged in America and the others would be at other venues around the world. Each competition would reportedly be worth $20 million, with $4 million going to the winner.

The British-based World Golf Group are worth over $20 billion and Andy Gardiner, a boss at the group, told BBC Sport that the start date is realistic.

"The team is ready to go," said Gardiner.

"We've used the last eight months to bring in externals to check through every single piece of the model to make sure the events of the last 12 months with Covid haven't changed our thinking.

"The January 2023 date right now is entirely feasible. We will see how the conversations go with the community that we want to embrace."

The purses potentially being offered at these new events are significantly more than PGA Tour events and there are also plans to involve leading women's tours too.

Related Articles
US continue to dominate International side at 2022 Presidents Cup
Tom Kim rips his pants (TWICE!) at the Presidents Cup

The PGL's plans are entirely separate from the Saudi-backed Super Golf League which dominated conversations during last month's PGA Championship.

The PGL intends to plough 50% of what they make back into the "golf community", which could be an advantage of a new breakaway league.

"Think about the individual's right to work," Gardiner added. "Thomas Jefferson, the declaration of independence talked about life, love and the pursuit of happiness and that includes the ability to work as you want to.

"Individuals shouldn't live in fear of exclusion of not being able to work. Competition law exists to ensure there is a level playing field and everybody in these circumstances can compete for the services of the best players in the world."

This will no doubt be a controversial talking point in weeks to come and as more details are set to come out in the coming days and weeks, the idea of a Premier Golf League will once again split opinion.