Yuka Saso revealed on Friday that she often watches footage of the Northern Irishman to inspire her own swing. 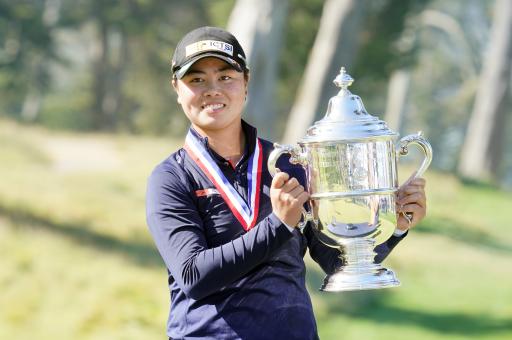 Rory McIlroy congratulated Yuka Saso on winning the US Women's Open and becoming the joint youngest winner of the event alongside Inbee Park.

At just 19 years of age, Saso won her first major title to become the first-ever male or female golfer from the Philippines to secure a major championship.

It was an extremely dramatic afternoon at the Olympic Club which saw American Lexi Thompson lead the tournament by five shots after eight holes.

However, Thompson collapsed on the back nine and Saso finished on 4-under-par alongside Japanese player Nasa Hataoka to force a two-hole aggregate playoff.

Both players finished the playoff on level-par, which meant the format became sudden death. Saso made a birdie on the first sudden-death hole to take the title in California.

Earlier last week, Saso revealed that she modelled her swing on McIlroy and often watches footage of him to gain inspiration for her own game.

The four-time major winner was flattered by Saso's compliments and he gave his support to her for the rest of the week, and it clearly paid off.

The Northern Irishman used social media to post his congratulations, saying that it will now be her who everyone watches on YouTube to take note of.

"Time to bring back a mixed team championship (PGA Tour and LPGA) and @McIlroyRory ought to partner with Yuka Saso. Just saying," one fan said.

"She has amazing talent, and such a sweet, kind personality. Hope to see a Yuko/Rory meet soon!" one fan commented.

"I've modelled my game on Rory and even named my son after him….. Not sure I'll be winning any trophies though," another fan said.

"It's a treat to watch. Waiting for my champion come back," one fan said.