Our thoughts and prayers go out to the family and friends of Alberto Olguin. 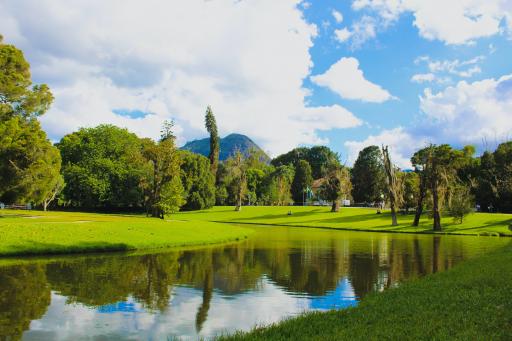 Tragedy has struck the PGA Tour Latinoamerica again as caddie Alberto Olguin sadly collapsed and died during an event.

According to a press statement released by the tour, Olguin was caddying for Manuel Torres during the first round of the Dev Series Final when he collapsed on the 9th tee box. It was Torres' last hole of the day.

The statement said that emergency personnel arrived on the course to give Olguin CPR. He collapsed at 4 pm Eastern time and he was pronounced dead at 4.57 pm.

Olguin died in a hospital in Nuevo Vallarta, Mexico. The PGA Tour Latinoamerica have said that they will honour Olguin soon.

RELATED: ARE YOU PENALISED FOR HITTING A MOVING BALL IN THIS STRANGE SITUATION?

Torres admirably continued to play in the Dev Series Final. He shot a 3-under-par 69 on Friday but shot a pair of 73's at the weekend to finish in tied 39th place. The tournament was won by Roland Massimino.

Unfortunately, this is not the first time in 2021 that the tour has been struck by such a sudden and unexpected tragedy.

A Colombian caddie named Jose Edgar Preciado suffered a fatal heart attack at his hotel after the second round of the Latinoamerica tour's Holcim Colombia Classic in Bucaramanga.

NEXT PAGE: BRYSON DECHAMBEAU ON HOW GEOMETRY OF GOLF BALL DIMPLES TRANSFORMED HIS PUTTING!

pga tour latinoamerica
alberto olguin
manuel torres
roland massimino
dev series final
Previous
James Milner and Adam Lallana-led agency invests in new GOLF PERFORMANCE APP!
Next
WATCH: Is this one of the most INCREDIBLE putts you have ever seen drop?!