"You make NOTHING": Bryson DeChambeau on financial perils of the PGA Tour

Bryson DeChambeau revealed that the players outside of the top 165 places on the PGA Tour will struggle to break even. 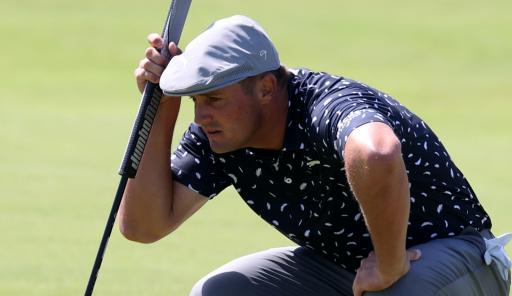 Bryson DeChambeau revealed that anyone who is outside of the top 165 players on the PGA Tour money list is losing money each year.

Speaking on the Full Send podcast, DeChambeau discussed many different topics such as Brooks Koepka, the Ryder Cup and Long Drive.

Another serious issue that he addressed was the financial strain that the PGA Tour can inflict on players who are not consistent performers and can't attain high finishes on the leaderboard each week.

What we don't see on the cameras is each player feeding themselves every day, getting back to their hotels and hitting the road to the next event.

RELATED: THE BEST GOLF OUTERWEAR DEALS ON OFFER AT GOLFPOSER!

It is these elements that can mentally and physically challenge you, not to mention playing four rounds of intense competition to earn your livelihood.

"We’re independent contractors. We’ve got to pay for all of our expenses - every hotel we have to pay on our own, food etc. You do everything yourself," said DeChambeau.

"And you’ve got a family to feed. And you’re missing cuts. And when you miss a cut, you make nothing. You think it’s great (on Tour), but once you start getting into the nitty-gritty and it’s your livelihood, it’s a very interesting scenario."

RELATED: SUNGJAE IM: WHAT'S IN THE BAG OF THE PGA TOUR BIRDIE MACHINE?

Alternatively, World No. 1 Jon Rahm earned $7,705,933 after 22 events, but of course not each player has the talent that the Spaniard holds.

Speaking from experience, DeChambeau joined the PGA Tour in 2017 and at one stage, he missed eight cuts in a row, which will have taken a severe financial toll on the 28-year-old.

His breakthrough moment came in the same year when he won the John Deere Classic, but still, he knows more than anyone about how tough it is to establish yourself on the world's most sought-after golf tour.

"When you go an do these three-week stints, and you miss all three cuts, and you’re grinding Monday, Tuesday, Wednesday, and you go Thursday and Friday and miss the cut, and you got the weekend off," DeChambeau added.