Cam Davis secured his first PGA Tour win at the Rocket Mortgage Classic last week and he has continued his solid form this week. 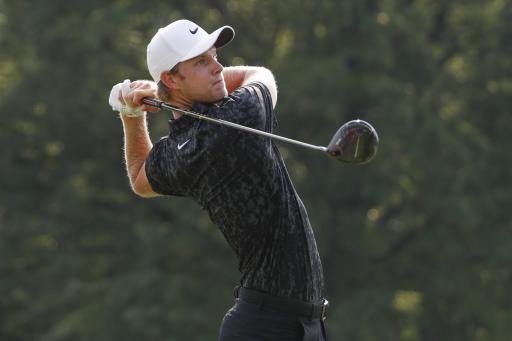 Cam Davis took the confidence from his win at the Rocket Mortgage Classic last week into the first round of the John Deere Classic, carding a score of 4-under-par.

The Australian, who beat Troy Merritt and Joaquin Niemann in a playoff last week at Detroit Golf Club, began on the 10th hole on Thursday and made three birdies on his first nine.

He then added a birdie on the 1st hole and a fantastic eagle on the 2nd hole to move to six-under-par. Two bogeys thereafter brought him back to 4-under-par, which was a solid round on a low scoring day at TPC Deere Run.

Shot-shaping his way to eagle.

The lead is now 2 and it belongs to @CamDavisGolf. pic.twitter.com/UvsrTLkDBP

Davis is no stranger to making exciting eagles, as he holed a superb bunker shot in the final round last week for a clutch eagle which helped him achieve a playoff place.

The 26-year-old finished four shots behind Sebastien Munoz and Chesson Hadley who carded superb rounds of 8-under-par in the first round. Dylan Frittelli, the defending champion from 2019, shot a solid score of 3-under-par to sit five shots behind the leaders.

Three-time John Deere Classic winner Steve Stricker clearly loves playing at this event, but the US Ryder Cup captain could only manage a round of 1-under-par on day one.