Cameron Smith: What's in the bag of the four-time PGA Tour winner in 2022?

Cameron Smith started 2022 with a record-breaking win at the Sentry Tournament of Champions in Hawaii, finishing one shot ahead of Jon Rahm. 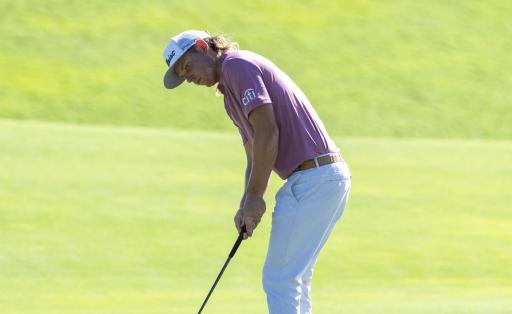 Cameron Smith produced arguably a career-best performance to win the Sentry Tournament of Champions on 34-under-par in Hawaii.

A final-round score of 66 wrapped up the lowest winning score in the history of the PGA Tour. He finished one shot ahead of Jon Rahm and two shots ahead of fellow Aussie Matt Jones.

It is the 28-year-old's fourth win on the PGA Tour and his third win in the last three seasons. He has risen to a career-high of 10th in the world rankings.

"It was intense, Jonny and I played great down the stretch... very happy to just come away with the W," said Smith.

"I feel like I had a really good rest, didn't play much in the fall, did a lot of work on my swing and it paid off."

Rahm, who held his World No. 1 spot with yet another good finish on the PGA Tour, matched the record of the most birdies in a 72-hole event with 32 birdies.

Before the 2022 Sentry Tournament of Champions, there had only been three rounds of 30-under-par or better since 1950 on the PGA Tour. Smith, Rahm and Matt Jones all finished better than 30-under-par this week.

Cameron Smith - What's in the bag?