Bryson DeChambeau and his quest for speed and distance aren't a secret at this point, but his admission is striking after the Sentry Tournament of Champions. 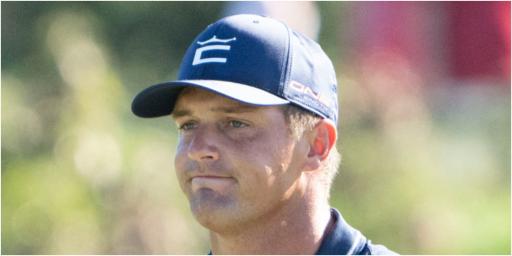 Bryson DeChambeau cut a different figure last week on the PGA Tour with one distinct change: his hat.

DeChambeau, 28, opted for a more traditional piece of head wear at the Sentry Tournament of Champions.

But it's still the same old Bryson.

This year promises to be a big year for DeChambeau, who is clearly targeting more major victories.

Related: DeChambeau returns to the site of his monstrous drive at Bay Hill

His quest for ball speed and power isn't exactly a secret at this point.

He even took the time to post what some considered as a braggy tweet, suggesting that it felt easy and there was more in the tank.

That quest for speed appears at times appears to have had a damaging affect on the big hitter.

He recently joined Mark Immelman to discuss golf and admitted that he was swinging so fast he gave himself a concussion.

"So what I was doing was just try to swing as fast as possible to get it to go as far. Well, that caused a concussion.

"It's obviously not the right route to go.

"So don't try and swing fast when you're hitting it hard.

"In order to hit it farther, in order to have a faster ball speed, a faster club head speed, at the right moment in time, that is the key."

"You don't need to accelerate the club really fast.

"You need to have the speed down right through impact. So in order to produce more speed through the ball, you have to take a longer, softer, wider swing.

"And if you can do that, and load the wrists, and then unload it, and stay tall through impact - don't shrink down, because that increases the lever length and you can rip the club a lot faster - you'll produce more speed in the golf swing.

"And that's what I started to realize after watching Kyle (Berkshire)."