Jon Rahm may have finished second to Cameron Smith at the Sentry Tournament of Champions, but he matched an impressive PGA Tour record in Hawaii. 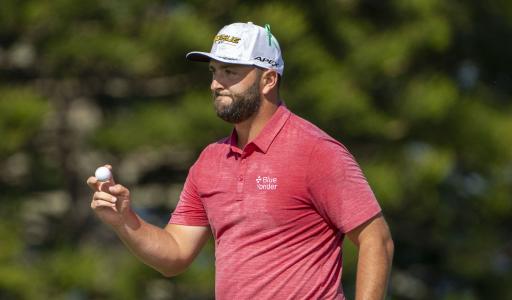 Jon Rahm tied the record for the most birdies ever made at a 72-hole event in PGA Tour history, despite coming second to Cameron Smith at the Sentry Tournament of Champions.

Over the course of the week, the World No. 1 made 32 birdies on the Plantation Course. This equals the record set by Mark Calcavecchia in 2001 and Paul Gow in the same year.

Rahm carded a final-round score of 66 in Hawaii to finish on 33-under-par, one shot behind Smith who finished on 34-under-par which is the PGA Tour's new record for the lowest winning score.

The 27-year-old maintained his World No. 1 spot as Collin Morikawa could only finish in tied fifth. He has held the top spot since he finished tied third at The Open Championship.

Jon Rahm: 32 birdies this week, tying the record for most in a 72-hole event in PGA Tour history

*this is birdies, not birdies + eagles

Having carried Europe at the Ryder Cup but couldn't prevent a crushing 19-9 defeat, Rahm missed the cut at the Andalucia Masters in October. This was his last competitive appearance before his week in Hawaii.

Before the 2022 Sentry Tournament of Champions, there had only been three rounds of 30-under-par or better since 1950 on the PGA Tour. Smith, Rahm and Matt Jones all finished better than 30-under-par this week.

It was an incredibly low scoring week at Kapalua Resort. There were three scores of 61, 12-under-par, shot by Smith, Justin Thomas and Matt Jones.

The PGA Tour is staying in Hawaii for the Sony Open this week. Smith, who won his fourth tour event this week, won his second PGA Tour title at Waialae Country Club in 2020.

This is another tournament that we expect a low winning score from. Kevin Na won in 2021 on 21-under-par and in 2017, Thomas won on a record-setting 27-under-par.

NEXT PAGE: MODEST! SPORTS TEAM UP WITH THE MARQUE, A GLOBAL PROVIDER OF ONLINE PROFILES