Collin Morikawa is one of the favourites as he gets to play where he is a member, but Viktor Hovland is looking good. 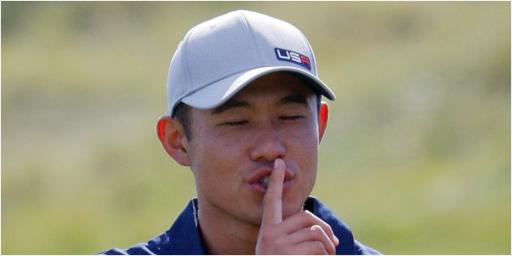 The PGA Tour will stay in Las Vegas for a second straight week after Sungae Im produced a clinic to win by four strokes at the Shriners Hospitals for Children Open.

Dustin Johnson, fresh off his faultless Ryder Cup heroics is the favourite but he'll have to battle it out with the likes of Justin Thomas, Collin Morikawa, Viktor Hovland and Louis Oosthuizen.

The par-72 layout will be hosted at The Summit Club for the first time and it favours the longer hitters measuring at 7,431 yards.

Thomas has won this tournament twice but claimed his victories when the tournament was held in South Korea.

Here is a selection of players and their odds this week:

Needless to say it is a pretty stacked field and a marked difference from last week. So who does GolfMagic fancy this week?

Starting off hot out of the gate.

Hovland played well at the Ryder Cup and so far this season he's showing why he is considered one of the best ball strikers on the planet. He's first in strokes gained off the tee, albeit early in the season. Perhaps he just needs to tidy up that short game a touch, but he should get lots of looks for birdie. He did okay last week, finishing 44th, but will look to improve this week.

With the half point guaranteed, @collin_morikawa HAS CLINCHED THE RYDER CUP pic.twitter.com/PnPshtXibq

You'll hear this a lot over the coverage but Morikawa is a member at The Summit Club and represents pretty decent value considering just how good he is. There doesn't seem to be any weakness in Morikawa's game at the moment. Probably the best iron player on the planet with a mind-boggling short game. He's worth a bet, for sure.

Marc Leishman from 51 feet for eagle ... and we have a new leader! #APInv pic.twitter.com/PTN20jZGCW

Everyone likes a long shot bet. There are some pretty decent names in the field that represent quite good value. Abraham Ancer, for example, is a birdie machine and looks like a good outside bet. But Leishman has started this season really, really well. He finished fourth at the Fortinet Championship where Max Homa claimed the win, then followed that with a third place finish at the Shriners Hospitals for Children Open. He's putting like a demon, too. He's a big hitter, too, so no doubt he will get a wedge in his hand to try and attack the pins big time.