Collin Morikawa and Patrick Cantlay both expressed reservations about the Player Impact Program and questioned the necessity of the colossal amount of money involved. 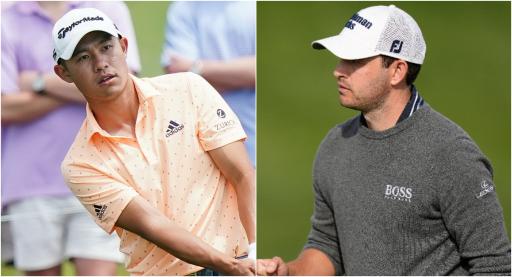 Collin Morikawa and Patrick Cantlay, two of the world's best golfers, have both expressed concerns about the Player Impact Program.

Morikawa, who reportedly finished 11th in the 2021 PIP ratings, described the money as "crazy" and said there could be other ways to reward PGA Tour players for bringing eyes to the game.

There was a $40 million prize pool and the player at the top, which is allegedly Phil Mickelson, receives $8 million. The top 10 players will receive a slice of the $40 million, so Morikawa would agonisingly miss out.

We have not been told the official placings as of yet, which is another criticism of the program as we don' know who has won money and why.

RELATED: SCOTTIE SCHEFFLER AND TED SCOTT: A PGA TOUR DUO MADE IN HEAVEN?

"It is a good thing and it is a bad thing because do guys deserve more? Do guys that have really moved the needle, that have produced what we have done for the game, do they deserve more? Yes," Morikawa said.

"What's the pool this year, $50 million? I mean, that's crazy to me. $50 million to the top 10 players that can impact this game. I think there are probably better routes, other things.

"I don't think that's the best use of $60 million, but I don't have an answer for that. I really don't know other ways we can do it, but there's got to be something. To pay out that amount is pretty crazy."

Another criticism of the PIP is rewarding players for social media interactions. Many golf fans felt that the feud between Brooks Koepka and Bryson DeChambeau was deliberately drawn out to increase their coverage on social media.

Tiger Woods is also expected to come second in the standings, despite not hitting a competitive golf ball on the PGA Tour throughout 2021. This is arguably another fault with the scheme.

The PIP prize money has increased to $50 million for the 2022 season with another $10 million per player to encourage them to play 15 events on the tour.

Patrick Cantlay, who lost in a playoff to Scottie Scheffler at the WM Phoenix Open last week, also expressed his concerns on the matter.

"I think I’m old school in the fact that I think money should be doled out according to play and I don’t like that departure," said the five-time PGA Tour winner.

NEXT PAGE: "I'D WANT A PAY RISE IF WE SOLD THAT MUCH BEER" | GREENKEEPERS ON PHOENIX MAYHEM