Collin Morikawa: What's in the bag of the 2020 PGA champion?

Collin Morikawa signed a multi-year deal with TaylorMade in 2019, on the eve of the 24-year-old's rise to PGA Tour stardom. 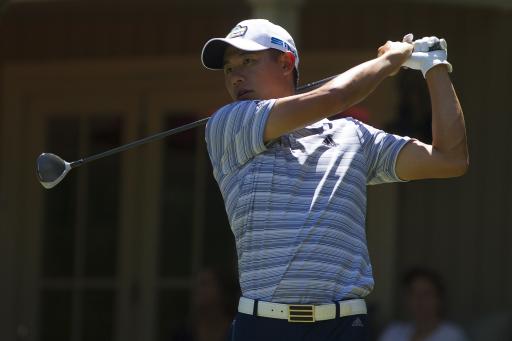 Collin Morikawa signed with TaylorMade in June 2019, after the young American said it was a fairly easy decision for him to go with the popular brand.

The 24-year-old has used TaylorMade equipment for a large part of his golfing life and it is fair to say he has had a successful career so far while teaming up with his favourite brand.

The man from California turned professional just two years ago and has four PGA Tour titles to his name, including an emphatic win at the PGA Championship in 2020.

His most recent win came at the Workday Championship at The Concession earlier this season and he is currently 22nd in the FedEx Cup standings.

Although he is currently at number six in the Official Golf World Rankings, Morikawa had reached number four earlier in the season, and I don't think it's too ambitious to say that one day, he could reach the top.

Morikawa has a bag almost full of TaylorMade equipment, and he often alternates the use of clubs such as his hybrid and utility iron, depending on the course and conditions.

Collin Morikawa - What's in the bag?