Rory McIlroy returns to action at the Wells Fargo Championship this week, a tournament he has won twice in his career. 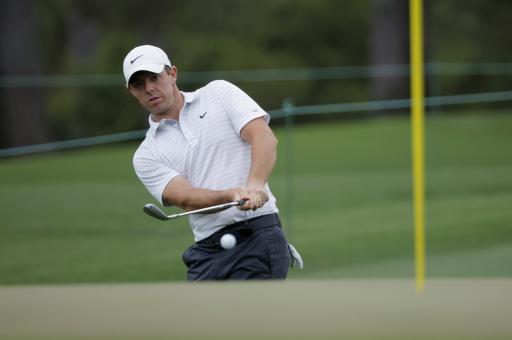 Rory McIlroy returns to Quail Hollow this week as he makes his first start since he missed the cut at The Masters in Apirl and after a month out of action, he's ready to go.

If there was a place for McIlroy to regain his form it would be at Quail Hollow at the Wells Fargo Championship, a tournament he has won twice in his career and hasn't finished outside the top 16 since 2012.

It's been a lacklustre year for the Northern Irishman, who has slipped to 15th in the world rankings, his lowest position since 2009.

McIlroy admitted that he damaged his swing by chasing a few extra yards, following the success of Bryson DeChambeau, but he is now working hard at getting back to his best.

Renowned golf coach Pete Cowen has joined his team and with McIlroy spending the last month away from the PGA Tour, he revealed what he's been working on in his bid to regain the form that once led him to four major championships and the top spot in the world rankings.

"I've worked a little bit on it, sort of just tried to understand what I do well," said McIlroy. "I guess trying to sort of focus on my strengths.

"It's just sort of understanding my move a little bit more," he continued. "So that's sort of what I've been trying to do the last couple weeks. It feels good. It's all familiar feelings. It's all stuff that I've worked on before, but maybe just gotten away from a little bit by trying to focus on other things. I feel like I'm on a pretty good trajectory at the minute."

Speaking about his recent work with Cowen, McIlroy said his game is in much better shape than it was at Augusta last month, but reitterated the recent importance of "understanding" his swing.

“We did some good work last week in Florida,” McIlroy added. “Again, I keep using this word understanding, but it really is just me trying to understand my swing better. My body movement and how I turn through the ball is probably one of my biggest attributes and I probably neglected that a little bit by focusing on some other stuff.

“Just being able to turn my right side through it a little bit more and focusing on that has automatically got the club coming down in a better plane, better path, and then ultimately that leads to better shots.”

McIlroy will play the opening two rounds alongside Patrick Reed and Stewart Cink, with the group teeing off at 5:54 (BST) on Thursday.