Could this be Tony Finau's week as the American leads on the PGA Tour again?

Tony Finau has only won once on the PGA Tour, but could this be the week when he doubles his tally? 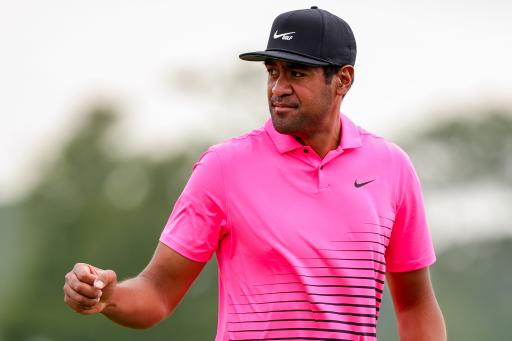 Tony Finau has been one of the most consistent performers on the PGA Tour since his first full season in 2015, but he only has one win to his name.

The 31-year-old has come second eight times on tour, which suggests that he just can't make the scores to claim victory when he is in contention on Sunday afternoons.

His short, sharp but powerful swing has helped him to average over 300 yards in driving distance this season and sit ninth in the PGA Tour scoring averages.

Finau has finished in the top 5 of the major championships on four occasions, most notably in 2019 when he was only two strokes behind Tiger Woods at The Masters.

He was also only three shots behind Collin Morikawa at the 2020 PGA Championship, in what was another frustrating finish for the man from Salt Lake City.

Not only has Finau finished second eight times on the PGA Tour, but he has also finished in the top 10 a staggering 45 times.

His first and only win on tour came at the Puerto Rico Open at Coco Beach, where he beat fellow American Steve Marino in a playoff.

Although the Zurich Classic is not an individual event, it still represents another great chance for Finau to win his second PGA Tour title.

He and his partner Cameron Champ share the lead at TPC Louisiana with Norwegian pair Viktor Hovland and Kris Ventura, after both teams finished on 13-under-par for the tournament.

Finau and Champ shot a superb 9-under-par in round one, which was fourball better-ball and they added a 68 on Friday to share the lead.

NEXT PAGE: MATTHEW WOLFF'S STRUGGLES CONTINUE THIS WEEK ON THE PGA TOUR