Should golf caddies also receive a gold medal at the Olympic Games?

GolfMagic posed a question to golf fans as to whether caddies should also receive a gold medal at the Olympic Games. 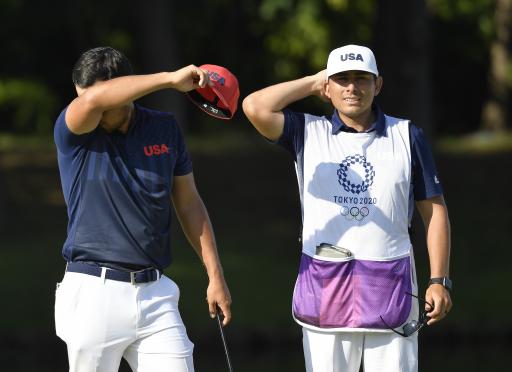 Xander Schauffele has won the Olympic gold medal after he finished one shot ahead of Rory Sabbatini at Kasumigaseki Country Club.

It will be a moment in his career that he will never forget, but it will also be an unforgettable week for his caddie Austin Kaiser, who helped him along the way.

Golf is such a unique sport for many reasons and one of them is that although the winner each week is one individual, they have a teammate that plays a vital role in their success.

The caddie is so important. They help their golfer remain calm and contained, making sure that rational decisions are made in high-pressure situations.

Of course, it is the player who has put in years upon years of work to reach the professional stage and it is them who must execute each shot to perfection, but you cannot underestimate their caddies.

And to be fair, caddies are never short of praise. They are usually close friends of players and sometimes they are family, but it has to be said that the player is the boss and they are the artists at work.

When we posed the question of caddies receiving gold medals at the Olympic Games, we received mixed responses and an intriguing debate came from it.

It is an interesting topic and golf fans left their comments on the matter on social media:

"No. The golfers hit the shots. The caddies should be well compensated for sure," one fan said.

"In rowing, the coxswain receives a medal so yes!" one fan commented.

"Yes 100% they are a team and they are both out on the course," another fan said.

"Player/Caddie, they're a team, yes? Which sport doesn't give a medal to all members of the on-field team?" another fan commented.

"Do horses get medals in the equestrian events, no. So why should caddies?" one fan said.

Golf news
Night golf: Would YOU play more if it was available in the UK?
Course news
Another UK golf course set to be turned into housing
Golf news
Former LPGA Tour pro: Diversity in golf is NOT "hiring white women"
Golf news
WATCH: Long drive BLOOPERS from BMW PGA Championship Pro-Am
Golf news
Rules of golf: 3 things we WISH were changed in the game