"We're not going anywhere" if you play fast on the PGA Tour says world number one Dustin Johnson. 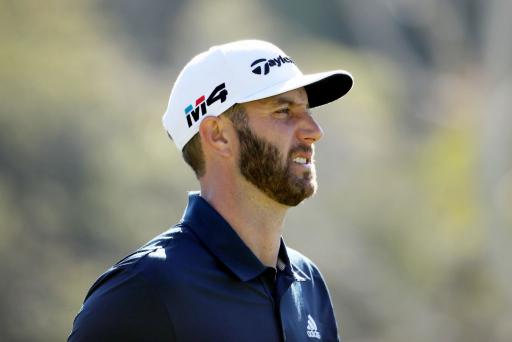 Dustin Johnson had to slow down his pace of play because the PGA Tour is “very slow” and "we're not going anywhere" if golfers are fast.

On the No Laying Up Podcast, the world number one explained over the years he has consciously slowed down because otherwise he'd be held up by the slower players.

“Our pace of play is pretty slow,” Johnson said. “For me I have definitely slowed down over the years, but I think that’s a learned habit.

“I’ve had to slow down because it is very slow and it’s something I’ve had to learn...just to take my time because we’re not going anywhere because the pace of play is slow. But it’s always been slow, it’s not like one week is different from the next.”

Players are taking over a minute once over their ball, despite 40 seconds being the permitted time.

Golf fans are growing frustrated with rounds increasingly taking longer, with no penalties being handed out by PGA Tour officials in order to curb the negative trend.