The Tour has previously said it would deny waivers to take part in the tournament as it tries to fend off a rival league. 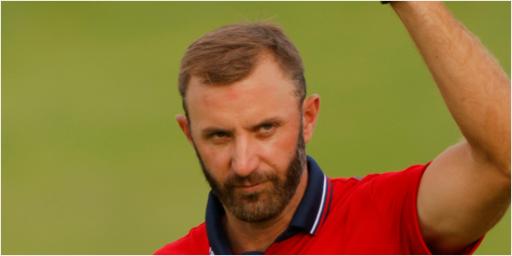 Dustin Johnson is reportedly among eight players who have asked to play in the Saudi International, Golfweek have reported.

The tournament is scheduled to take place for 3-6 February at Royal Greens Golf and Country Club in King Abdullah Economic City.

Players need to obtain a release to compete and therefore those who choose to compete without permission could face sanctions.

Golfweek have quoted Johnson's agent confirming they have asked for a release but they won't learn the outcome until 4 January.

The Saudi International is controversial as in recent years there has been a battle over the future of the game because of a proposed rival golf league.

Both the PGA Tour and the European Tour are trying to fend off a proposed circuit known as the Super Golf League, which would be bankrolled by the Saudis.

Huge pay days have been promised with as much as $30 million prizes being handed out to the winner but nothing has been confirmed.

RELATED: IS THIS ONE OF THE SHOTS OF THE YEAR ON EUROPEAN TOUR?!

PGA Tour commissioner Jay Monahan has previously made strong statements saying any member who joins a rival league will face a lifetime ban.

Golfweek reported that a PGA Tour spokesperson would not comment on any potential requests by players.

Jon Rahm and Rory McIlroy have previously stuck their heads above the parapet and rejected the gold carrots being dangled by the Saudis' league.

"People can see it for what it is... it's a money grab," McIlroy previously said.

The Saudi International has been condemned because many critics say it is an attempt by the government to "sportswash" its human rights abuses.

Previous winners of the tournament since its inception include Johnson winning in 2019 and 2021, while McDowell won in 2020.

NEXT PAGE: COUNTERFEITERS OF GOLF EQUIPMENT BUSTED IN CHINA