We'll have to take his comments with a pinch of salt but Hoffman has known the big cat for a long time. 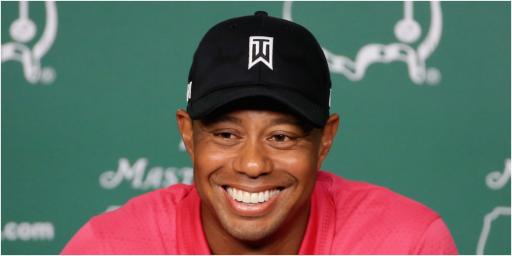 The golf world is a bit drab at the moment and we're all waiting on tenterhooks to catch our next big Tiger Woods update.

Without the big cat the golf world is nothing and of course fans went absolutely ballistic when we saw him walking again recently.

With his right leg in a brace and walking gingerly around a Florida golf course watching his son Charlie Woods compete we dared to dream.

When will Woods return? Will he return? Surely not. Yes. It's happening. Here comes the G.O.A.T.

RELATED: PADRAIG SAYS MCILROY TOOK ON TOO MUCH AT RYDER CUP

We've been drip-fed quotes here and there from "sources" but not much from the man himself.

He's keeping his recovery low-profile although he told GolfDigest this is the most painful thing he's ever had to deal with.

Woods overturned his Luxury SUV in a single-vehicle car crash back in February after speeding and hasn't competed since.

But one man thinks Woods could potentially be back winning on the PGA Tour soon and that is Charley Hoffman.

Hoffman, 44, is a long time friend of Woods as they were both born in Southern California and turned professional in the same period.

"Yeah, how's he going to do it," Hoffman reflected when he was speaking to Golf Channel on 22 October.

"There’s a lot of things to go through, and I, obviously, hope for the best for him and everybody’s pulling for Tiger Woods.

"This game is definitely a lot better with him in it, and I expect him to be out there sometime soon and hopefully competing to win golf tournaments."

Woods hasn't posted any updates on his social channels for a long time but most recently he announced the line-up for the Hero World Challenge.

Hoffman said he hasn't spoken to Woods, but added: "He’s obviously kicked my butt my whole life and I was fortunate to play a lot of golf growing up with him.

"But he’s an inspiration to everybody, and that if there’s one guy that can come back and get his feet literally back on the ground, it’s going to be that guy and I’m never going to count him out."

Watch @TigerWoods’ master class in iron trajectory as he goes through his famous Nine Windows drill in this 9-minute video here: https://t.co/exfqQUpJDv pic.twitter.com/WHccaDmwh7

NOW WATCH: IS THIS THE SHOT OF THE YEAR ON EUROPEAN TOUR?!