Dustin Johnson lost his World No. 1 status at the US Open to Jon Rahm last week and his struggles have continued on the PGA Tour. 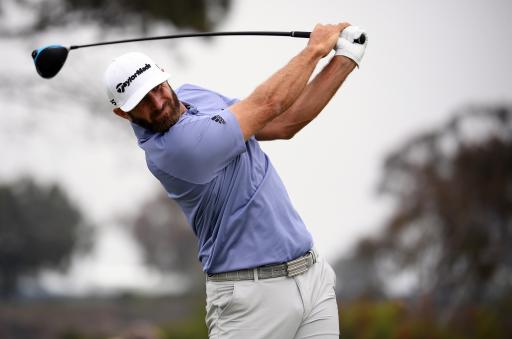 Dustin Johnson's disappointing form on the PGA Tour unfortunately continued on day one at the Travelers Championship, as he shot a round of 70.

Johnson was tipped to bounce back at TPC River Highlands this week and he still could, but he sits seven shots off the lead set by Satoshi Kodaira and Kramer Hickok in the first round in Connecticut.

The current World No. 2 made a bad start on Thursday with a bogey at the par-4 2nd hole and he damagingly followed this up with a double-bogey six at the par-4 3rd hole.

The 36-year-old fought back around the turn with birdies at the 9th and 10th holes but again, he gave a shot back to the course on the par-5 13th hole. He finished with two birdies in his last two holes to finish on level-par.

The two-time major champion has not played his best on the PGA Tour in recent months, with his finish at the Palmetto Championship two weeks ago being his only top-10 place in his last nine events.

He was knocked off the peak of golf's world rankings last week at the US Open by Jon Rahm and the big-hitting American has not won since he secured a win at The Masters back in November.

Johnson has previously changed his putter and club shafts this season, so maybe this uncertainty has led to inconsistent play on tour.

@PhilMickelson's 63' 8" birdie putt was his...
Longest putt of the season
2nd longest putt made in the ShotLink era
3rd putt made outside 60 ft. since 2003 pic.twitter.com/yOOowOxcfK

2021 PGA champion Phil Mickelson provided arguably the shot of the day on the 9th hole, where he rolled in a putt of almost 64 feet for a birdie.

Golf's oldest ever major winner also carded a round of 1-under-par to sit six shots behind Kodaira and Hickok.

NEXT PAGE: ENGLAND AND ARSENAL STAR BUKAYO SAKA TURNS HIS HAND TO GOLF!