Brooks Koepka may have been in the limelight recently on the PGA Tour, but it is his brother Chase who should also be in the headlines. 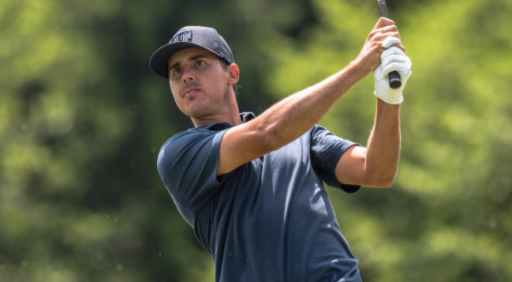 Four-time major winner Brooks Koepka has been in the headlines recently for his excellent performances on the PGA Tour and his feud with Bryson DeChambeau.

While this has been going on, his brother Chase Koepka has been plugging away this season on various tours but this week, he is playing at the Travelers Championship.

Chase shot 1-under-par in his first round on Thursday to sit six shots behind leaders Kramer Hickok and Satoshi Kodaira, but it was his actions away from the course that were most commendable.

.@ChaseKoepka gave some tickets to kids for Travelers that normally couldn't afford to go. Their uncle took them and this is the result.
I'll say it again, yes Chase gets opportunities because of Brooks that others don't, but the guy just does things right. This stuff is so cool. pic.twitter.com/dva3jg351x

The 27-year-old gave free tickets to some children to attend TPC River Highlands this week when they previously wouldn't be able to afford to go.

By the look of the messages above, it looks like the youngsters had a great time at the event in Connecticut which was highlighted by Chase fist-bumping them during his round.

Chase has dipped in and out of the PGA Tour this year, with his previous appearances coming at the Honda Classic and the Valspar Championship.

Related Articles
Jordan Spieth in World Cup TRASH TALK with young fan ahead of Tiger Woods event
Rory McIlroy on post-Open gripes to Erica: "I give her credit for listening!"

He has also competed on the PGA Tour Latinoamérica and the Korn Ferry Tour this season, as he looks to one day achieve a regular membership on the PGA Tour.