The World No.1 has withdrawn from the AT&T Byron Nelson and will look to recover before next week's PGA Championship. 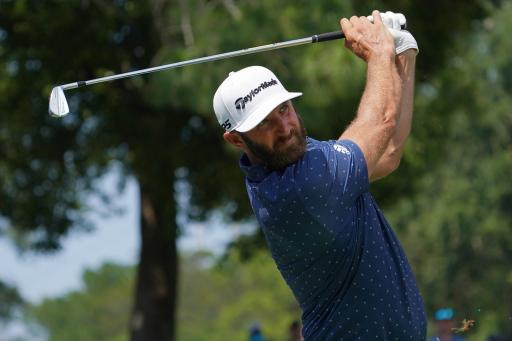 With the second major of the year just around the corner, Dustin Johnson has withdrawn from this week's PGA Tour event - the AT&T Byron Nelson - due to an issue with his knee.

Johnson was part of a stellar field that is set to tee it up at TPC Craig Ranch in Texas, but he will now stay at home and rest his knee in the hopes of being fully fit for the PGA Championship next week.

The question on many people's lips, is was the injury a result of his outrageous backflip off a boat last week?

Johnson said in a statement: "It is with deepest regret that I must withdraw from this week's AT&T Byron Nelson.

"Unfortunately, the knee discomfort I occasionally experience has returned and, after consultation with my team and trainers, I feel it is best that I remain at home and focus on my rehabilitation work.

"I am not pleased about this situation, as I was really looking forward to playing this week."

Johnson is without a doubt one of the most successful PGA Tour players in history and has claimed 24 PGA Tour titles throughout his career so far, including two majors.

That being said, Johnson's form over the past few months has been a little lacklustre for a player of such quality, having not registered a top 10 finish since the Genesis Invitational back in February.