FedEx Cup Standings at the BMW Championship: Who will make it to East Lake?

Patrick Cantlay currently leads the way in the projected FedEx Cup standings, but who is on the bubble and battling for a place at East Lake? 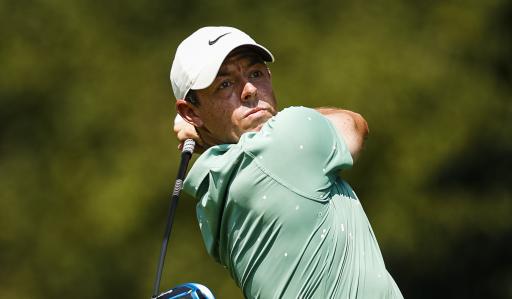 The Tour Championship is an extremely exclusive and competitive tournament as only the top 30 players in the FedEx Cup standings get to make the trip to Atlanta, Georgia.

70 players qualified for the BMW Championship from the Northern Trust and less than half of the field this week will make it through to the Tour Championship next week.

UPDATED: TOP 30 AND STARTING SCORES AT THE TOUR CHAMPIONSHIP FOR THE FEDEX CUP!

Patrick Cantlay is the projected leader of the FedEx Cup standings as he and Bryson DeChambeau share the 54-hole lead at Caves Valley Golf Club on 21-under-par.

These two players, along with the likes of Jon Rahm and Abraham Ancer, who are respectively five shots and four shots behind Cantlay and DeChambeau, are almost guaranteed to qualify for next week.

However, due to the severity of the cut, there are a number of players whose priorities may not be just to lift the BMW Championship trophy, but to make sure that they make the top 30 places in the FedEx Cup standings.

Rory McIlroy entered the week in Maryland in 28th place in the standings and in a precarious position but with rounds of 64, 70 and 65 this week, he is now projected in 20th place.

One of the most significant movers is former Masters champion Sergio Garcia, who began the week at the BMW Championship in 44th place.

But the Spaniard, who won the Sanderson Farms Championship back in October, is currently 17-under-par for the tournament and only four shots behind the leaders.

His current performance has lifted him 17 places into a projected 27th spot in the standings. Charley Hoffman is currently teetering on the edge in projected 28th place and Billy Horschel is in 29th place.

Players such as Kevin Kisner, Si Woo Kim and Cam Davis are all currently projected in the top 40 players, but they will need a good score in round four to lift themselves in the 30-man field for the Tour Championship.