Ryan Palmer found himself in the greenside bunker on the 18th hole at Caves Valley Golf Club, pondering which club to take out of the sand. 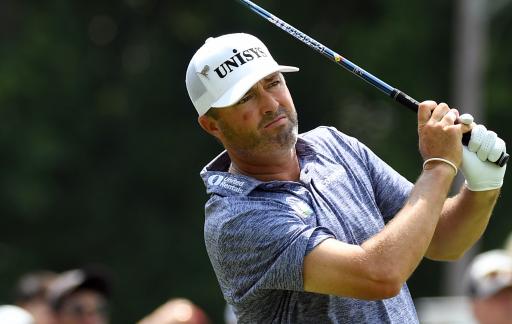 Usually, when you see a player using a putter to get his ball out of a bunker, it is usually at a local course near you and the players are just having some fun at the end of their round.

The last place you would expect to see a player taking on this shot would be the second round of the BMW Championship, the second leg of the lucrative FedEx Cup Playoffs.

But when Ryan Palmer found himself in the greenside bunker on the 18th hole at Caves Valley Golf Club on Friday, he felt that this was the best option to take.

Obviously, it is almost impossible to slice your putter underneath the ball and through the sand, making it spin up next to the hole. Palmer very much took the all-out putter approach and hit his ball through the sand.

File this under: Things you don't see often on TOUR@RyanPalmerPGA elects to go with putter out of the bunker. pic.twitter.com/fcjf7evR9o

Incredibly, his ball rolled up the face of the trap and popped over the top and on to the green. Unfortunately for the 44-year-old, he still made a bogey and settled for a 3-over-par 75 in his second round.

RELATED: THE BEST GOLF BALLS THAT YOU CAN GET ON THE MARKET RIGHT NOW

Palmer shot 3-under-par in the third round in Maryland to reach 4-under-par for the tournament, which puts him in 53rd place with one round left.

The four-time PGA Tour winner scraped through to the BMW Championship in 68th place in the FedEx Cup standings and he has remained in that position all week.

Only the top 30 players will progress to the Tour Championship, so Palmer will need a lot of things to go his way on Sunday if he is to make it to East Lake.