Fred Couples got married for the second time on a special date in February and he attended the ceremony wearing a fresh pair of golf footwear. 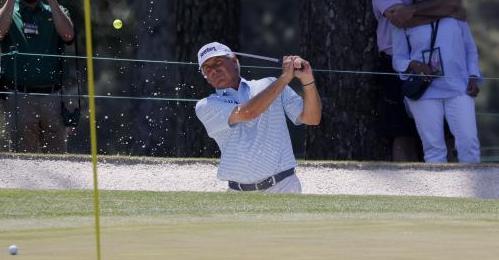 His coolness was personified recently when he got married to his wife Suzanne during the week of the Cologuard Classic on the PGA Tour Champions.

But what caught the eye in some of the wedding photography was the 1992 Masters champion's footwear. He seemed to have a pair of golf shoes on at his own wedding.

Couples, who has 15 wins to his name on the PGA Tour, clearly lives and breathes golf and this is just another indication of this.

The happy pair got married on a special date: 2-22-22 which will certainly help both of them to accurately remember their anniversary.

Couples is yet to play on the PGA Tour Champions in 2022. He has 13 wins to his name from the veteran's tour and the last of these came at the American Family Insurance Championship in 2017.

Boom Boom is one of the most popular players in the world of golf. His silky, effortless swing is always a feature people enjoy watching.

As a former winner of the Green Jacket, Couples returns to play at The Masters each year and this is always an exciting prospect for the patrons.