Jim "Bones" Mackay described Billy Horschel's lie by the 18th green at Bay Hill on Saturday as one of the worst he has ever seen, but the American took a free drop. 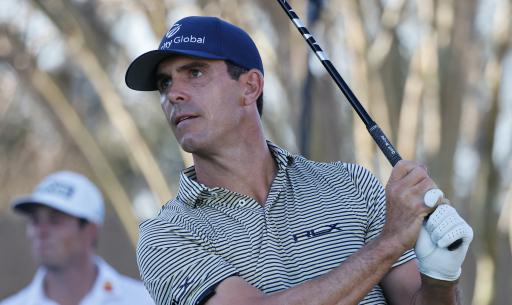 Billy Horschel co-led the Arnold Palmer Invitational after 54 holes on 7-under-par, and this was thanks to an extremely lucky break he received on the 18th hole.

Horschel overhit his approach to the par-4 at Bay Hill and his ball finished in some juicy, thick grass which has been a signature feature of the course this week.

Jim "Bones" Mackay, reporting for NBC on the PGA Tour, described his ball to be in one of "the worst lies he has ever seen."

"I wasn’t sure he would get it anywhere near the hole, maybe not even get it on the green. And now, of course, putter out," Bones said.

The putter certainly was out for Horschel. There was a sprinkler head by his ball that affected his stance, so he was able to take free relief.

.@BillyHo_Golf takes advantage of free relief from a greenside sprinkler with a birdie at the last to get within 1 of the lead. pic.twitter.com/53lvIZkaqs

According to rule 16.1b, the former FedEx Cup champion was able to drop his ball at the nearest point of relief in the general area, and then another club length.

He dropped his ball on the short grass. The rules of golf state that as long as his ball isn't closer to the hole, a better lie is allowed and part of the player's good fortune.

Like great players do, Horschel took full advantage of his lucky break and he holed the putt of just under 30 feet. This meant he tied for the lead with fellow American Talor Gooch.

The pair will make up the final group in the final round of the Arnold Palmer Invitational later today. They hold a one-shot lead over Viktor Hovland and a two-shot lead over Scottie Scheffler.

If Billy Horschel were to win at Bay Hill, it would be his seventh win on the PGA Tour and his first win since the Dell Technologies Match Play in 2021.