Rory McIlroy loses more ground at Bay Hill - but he can still win...

Rory McIlroy shot 4-over-par in the third round of the Arnold Palmer Invitational to fall four shots behind the leaders. But he is not out of contention. 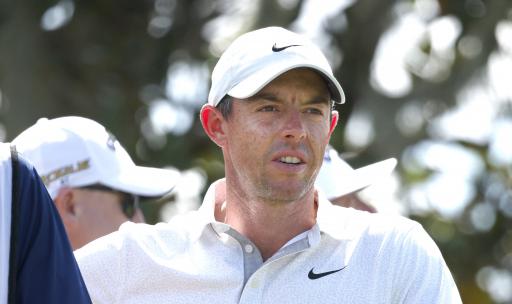 For Rory McIlroy fans all over the world, his play on Friday and Saturday at the Arnold Palmer Invitational has been typical of his career since his last major win in 2014.

After firing a superb 65 on Thursday, he looked to have cracked the code and dispelled his common trend of starting slow and finishing fast.

This was the sixth time that McIlroy led by two shots after the first round of a PGA Tour event. The only occasion he converted into a win was the 2011 US Open.

It was his 19th first-round score of 65 or better in his career. His playing partner Adam Scott sang his praises and complimented his long game.

But since starting fast, the middle part of his race at Bay Hill has been slow and stagnant. He shot 4-over-par on Saturday to fall four shots behind Billy Horschel and Talor Gooch.

McIlroy's back nine in the third round arguably represents his form in recent years on the PGA Tour. He made three birdies, two pars, three bogeys and a double-bogey.

Admittedly, the conditions seem to have stiffened in the past couple of days at the tournament. 7-under-par is currently the joint-highest leading/co-leading score after three rounds on the PGA Tour this season.

But players such as Scottie Scheffler, Chris Kirk and Graeme McDowell showed on Saturday that there are scores to be had.

With McIlroy, it always seems a case of 'ifs, buts and maybes'. If he is at his best, he is arguably unstoppable, but this is usually a big 'if'.

In the first round, his driving accuracy was almost at 80% and his greens in regulation percentage was at 66.67%, well above the field average of 57.41%.

But yesterday, he hit less than half of the greens at Bay Hill and hit half of the fairways. It is clear to see where the course punishes you.

McIlroy can definitely win his second Arnold Palmer Invitational title later today, but he will have to look back to Thursday for inspiration.