It's an exciting week of golf ahead at Austin Country Club and here are our top three bets for the WGC-Dell Technologies Match Play. 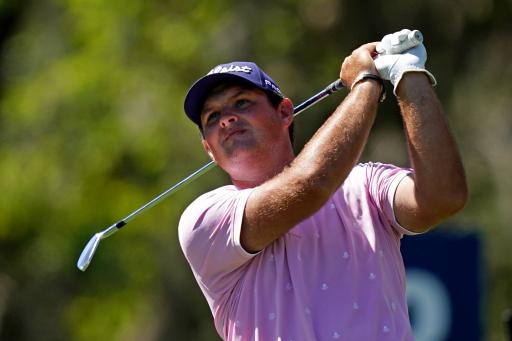 The WGC-Dell Technologies Match Play is back and golf fans are in store for one of the most exciting weeks of the season. Last year's event was cancelled due to the coronavirus outbreak, but a star-studded field will return to Austin Country Club this week in an attempt to take Kevin Kisner's crown, but which players do we think are worth backing?

The action gets underway on Wednesday, where the best players in the world are split into 16 groups of four. For the first three days, players will play against each other in their group, with one winner from each progressing to the knockout stages over the weekend.

We have some very entertaining groups to look forward to, including a showdown between Ryder Cup teammates and friends Rory McIlroy and Ian Poulter.

You can take a look at all of the groups for the opening three days here, but read on to see who we are selecting as our top three bets for the WGC-Dell Technologies Match Play.

He might not be a player you choose to cheer for that regularly, but Patrick Reed is one of the best match play golfers in the field and he provides fantastic value at 25/1.

Reed is a part of Group 7, which includes Bubba Watson, Joaquin Niemann and Christiaan Bezuidenhout. Watson will be the most experienced match play opponent he will face in the group, but Watson has seriously lacked form as of late and in our opinion doesn't stand a chance against Reed.

Niemann and Bezuidenhout on the other hand are in good form, but their lack of experience in match play situations could see them struggle against a player of Reed's calibre.

We think it's highly likely that Reed will top Group 7 and gain a lot of confidence to take into the weekend and as we know from his Ryder Cup antics, he thrives off of the pressure that comes with match play.

Jordan Spieth has been one of the most talked about golfers in recent months and finally it's because he's showing signs of his best golf once again.

The former World No.1 went to college in Austin, so he'll have an extra spring in his step as he tees it up this week.

Spieth is in Group 15 and due to his world ranking he was actually the D player in the list, with Matt Fitzpatrick, Matthew Wolff and Corey Conners all ranked higher than him, but none of them have the match play experience that Spieth possesses.

Should Spieth top his group, we could be set for a fascinating showdown against his best friend Justin Thomas and should Spieth progress from there, he has every chance of winning.

I'm a huge fan of Hatton personally, but that's not why he's made our top three picks. The Englishman has a solid match play record (9-6-1) but is a completely different animal these days, so expect to see that record get even better.

Hatton is a true competitor and has the mindset that it takes to win the WGC-Dell Match Play, so at odds as high as 35/1, he's worth siding with this week.

Group 8 is set to be a very entertaining one, with Hatton up against Lee Westwood, Sergio Garcia and Matt Wallace.

Westwood has been in excellent form, but he's played a lot of golf lately and he looked tired when he missed the cut at the Honda Classic, whilst Wallace has struggled to find his top form and could be completely outplayed by Hatton.

Garcia poses the greatest threat in Group 8 in our opinion, but with Hatton's recent form that has seen him break into the world's top 10, he should come out on top and head to the knockout stages at the weekend.

NEXT PAGE: Rory McIlroy to work with swing coach Pete Cowen as he looks to regain form