Jordan Spieth went into detail about the chipped bone in his hand he suffered in 2018, which played a major part in the deterioration of his form. 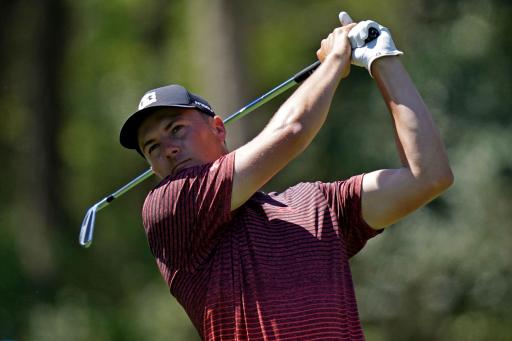 Jordan Spieth has opened up about the hand injury that he suffered in 2018, which played a major part in his plummit in the world rankings and his serious lack of confidence.

Seeing Spieth perform the way he has over the past few months has been a revelation for both the former world No.1 and for us golf fans, who spent years watching the rise of a young Spieth start to dominate the sport that we love.

His fall from grace was one of the most memorable in PGA Tour history, with Spieth going from the best golfer on the planet, to someone who struggled to string a run of made cuts together.

In recent months, we've started to see the old Spieth once again, the one that plays without fear and full of confidence, with the 27-year-old coming close to ending his long wait for another victory on more than one occasion this year.

This week, Spieth tees it up at the WGC-Dell Technologies Match Play and in the build up to the action that gets underway on Wednesday, Spieth opened up about a chipped bone in his hand that ended up causing him some long-term issues, after he suffered the injury in 2018.

"It's just a matter of how bad it's bugging you and it was for a while," said Spieth on Monday. "Kind of in the spring of 2018 through that fall, and then it got a little better probably because I started swinging so poorly.

"I think when it first happened I didn't really think it was a problem, I just kind of I was like, oh, you know, sometimes something kind of tweaks, and like if your back or your hip hurts a little after you're doing some kind of lift you're like, okay, I'm going to take it easy the rest of the day, and then it would just kind of come up after second, third, fourth week in a row on the road or something like that."

Spieth went on to say how heavily his hand was taped up during the Ryder Cup, where Justin Thomas was also suffering with a hand injury.

Adapting his grip strength seemed to help and Spieth said he also stopped bowing his wrist the way he used to and although it eased the pain in his hand, it certainly wasn't helping his swing.

RELATED: Take a look at all the groups for this week's WGC-Dell Match Play

"As the year went on my grip got weaker, the club face got more open and then I needed to flip at impact and so it just required more timing," Spieth added. "From somebody who already has kind of a weaker grip to start with, you don't really have much wiggle room on that side of the things.

"So it's something that I've got to continue to try and work on and make sure it's not an issue. It was 100 percent responsible for me not being able to strengthen my grip, which in turn then is probably normally the first thing guys go to, if something gets a little bit off is, all right, where in my setup are things different. And if that's one of the things, that's going to impact how everything feels.

"It was very much a reason, but I mean, everybody's got some reason for something that they get off. That was mine, and I certainly could have handled it differently and feel good that right now it's not an issue."

NEXT PAGE: Rory McIlroy to work with swing coach Pete Cowen as he looks to regain form