Bubba Watson is a tournament specialist at the Genesis Invitational on the PGA Tour and he returns to Riviera Country Club as a three-time winner. 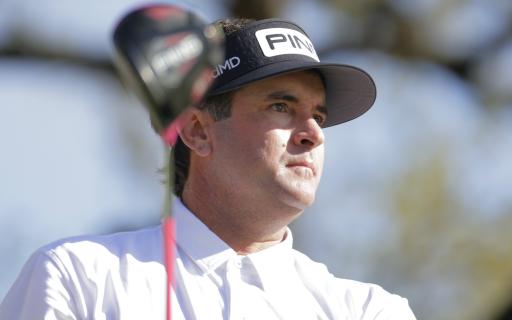 The Genesis Invitational is back at Riviera Country Club this week and it will be the 59th time that the Los Angeles venue has hosted the event.

Tiger Woods will be on-site as the non-playing tournament host. The event is organised by the TGR Foundation and it is the first invitational event of the season.

Max Homa will return to defend his crown from 2021 after beating Tony Finau in a playoff to win his second PGA Tour title. As with any event involving Tiger Woods, it has attracted a great field.

Each of the world's top 10 players is competing this week, including Jon Rahm who had another solid week at the WM Phoenix Open.

RELATED: JON RAHM: "I'M OUT HERE COMPLAINING A LITTLE BIT BUT I'M STILL UP THERE"

Once again, Matt and Andy came close with their selections last week. Both Brooks Koepka and Hideki Matsuyama contended while Patrick Cantlay lost in the playoff to Scottie Scheffler.

Take a look below at the selections this week:

Dustin Johnson is back for the first time since the Farmers Insurance Open. He won the Genesis Invitational in 2017 and has come second on two other occasions.

It is hard to predict the World No. 6's form right now, but last season, he was 12th in strokes gained in total and second in scoring average. He will be determined to get back to the World No. 1 spot and I think 16/1 is a very generous price for a former event winner.

Only two players in PGA Tour history have won this event more times than Bubba Watson. He started his 2022 season well in Arizona last week with a tied 14th finish.

The two-time Masters champion only made five top-10's last season, but if there was ever a venue where he returned to form, it would be this event which he has won more times than Phil Mickelson and the same amount of times as Arnold Palmer.

Patrick Cantlay lost in a playoff last week to Scottie Scheffler, but this doesn't diminish the fact he almost won for the fifth time since the start of last season.

So far in 2022, the FedEx Cup champion hasn't finished outside of the top 10. He is ranked second in scoring average and fourth in birdie averages. He still holds the title of Mr Consistent.

Xander Schauffele is still winless in three years, which is hard to believe considering he has now made 12 top-three finishes since he won the 2019 Sentry Tournament of Champions.

A win is on the tip of his tongue. He only missed two cuts last year and has three top-25 places in five events in the 2022 season. 25/1 is a very good price for a player on the cusp of his fifth PGA Tour victory.

NEXT PAGE: JOEL DAHMEN INVITES RORY MCILROY TO JOIN HIM AT ZURICH CLASSIC OF NEW ORLEANS