Xander Schauffele finished second at the Farmers Insurance Open last year, but could he go one better at Torrey Pines in 2022? 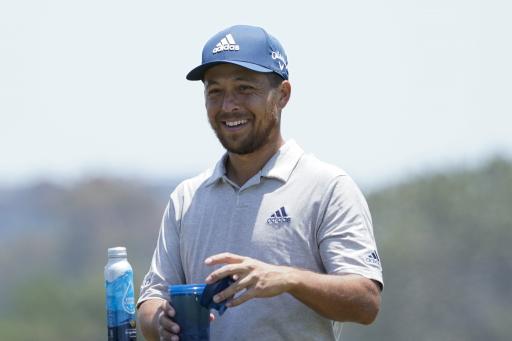 The Farmers Insurance Open often attracts a star-studded field at the start of the calendar year. Jon Rahm, Justin Thomas, Xander Schauffele, Bryson DeChambeau and Hideki Matsuyama are all in the field.

Last year, Patrick Reed put on a clinic in San Diego and romped to a five-shot victory ahead of a large group of chasing players.

This was Reed's ninth win on the PGA Tour, but in the last five years, four different nationalities have lifted the trophy on Sunday afternoon.

Marc Leishman, Justin Rose and Jon Rahm have all come over and tasted victory in California in recent years, and it is the man from Australia that occupies one of the betting picks this week.

Matt and Andy came close last week with their selections and they have two more each for the Farmers Insurance Open.

Xander Schauffele is the local lad at Torrey Pines. The American attended San Diego State University and is very familiar with this venue. He showed this last year when he finished second.

He hasn't won since 2019 but in 2021, he finished second three times and finished third at The Masters. It is only a matter of time until the 28-year-old finally gets over the line for the fifth time on the PGA Tour.

As for Sam Burns, he is one of the most improved players on the PGA Tour. He was unlucky not to make the Ryder Cup side in September, having won the Valspar Championship and then the Sanderson Farms Championship post-Ryder Cup.

He already has three top-10 finishes in the 2021/2022 season and he is fourth in the FedEx Cup standings, so everything points in Burns' favour.

Scottie Scheffler showed great spirit to make the cut and finish tied 25th at The American Express. Already this season, he has finished fourth at the World Wide Technology Championship and tied second at the Houston Open.

The 25-year-old made eight top-10 finishes last season, but he is still yet to win on the PGA Tour. 30/1 is very generous and it won't be long until he makes his breakthrough.

Marc Leishman won the Farmers Insurance Open in 2020 and has finished second on two other occasions. He has shown great form at this tournament.

He has three top-10's in six events so far this season. Leishman is a six-time winner on the PGA Tour and he is a very experienced and reliable performer.