Jon Rahm is the favourite to win the WGC-Dell Technologies Match Play this week, but who will be his main challengers in Texas? 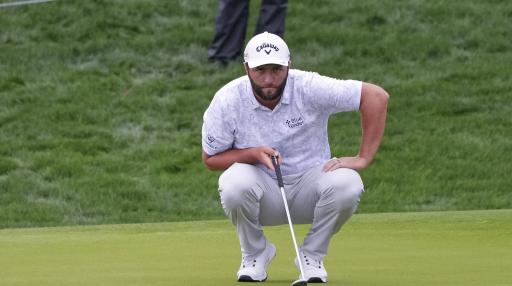 Sam Burns won the Valspar Championship last week for the second year in a row to break into the world's top 10. This week, Matt and Andy have two confident picks each for the Dell Technologies Match Play, including a former winner at 75/1 and some match play specialists.

Jon Rahm will look to win his first event since his victory at the US Open this week at the WGC-Dell Technologies Match Play.

64 of the world's top players will face off at Austin Country Club. They are divided into 16 groups of four and they all play each other once before the knockout phase.

Rory McIlroy, Hideki Matsuyama, Harris English, Phil Mickelson and Cameron Smith are the five players from the top 64 who are not entered this week.

Bryson DeChambeau, who has been sidelined by injury on the PGA Tour since the Farmers Insurance Open, holds an entry as well as all of the top five players in the rankings.

Last week, Matt and Andy couldn't find the winner at the Valspar Championship but they are back with four fresh selections for the WGC-Dell Technologies Match Play.

Related: "You can't un-see that": Watch a young Sam Burns show off his birdie dance!

Scottie Scheffler lost in the final of this event to Billy Horschel last year. He played impressively on his Ryder Cup debut in 2021 too, comprehensively beating World No.1 Rahm in the Sunday singles.

Scheffler has become a two-time PGA Tour winner overnight and he is now in the world's top five players. He is top of the FedEx Cup rankings which shows he has been the best player on tour so far this season.

Patrick Cantlay earned 3.5 points in four matches on his Ryder Cup debut at Whistling Straits. He has the calmness and the consistency to excel in match play situations.

He has only made six appearances on the PGA Tour so far this year but has made four top-10 places. He is ranked second in birdie average so far which will make him very hard to beat in Austin.

Jon Rahm lost in the final of the Dell Technologies Match Play in 2017 to Dustin Johnson. He has played a total of eight matches for Team Europe at two Ryder Cups, earning 4.5 points.

The 27-year-old is ranked first in greens in regulation percentage and first in strokes gained from tee to green on the PGA Tour. This will make him extremely hard to play against this time around in Texas.

Kevin Kisner is available at a huge price. He won the Dell Technologies Match Play in 2019 and he came second in 2018.

The four-time PGA Tour winner is in great form in 2022. He finished fourth at The Players Championship and this was his third top-10 in 10 events this season.