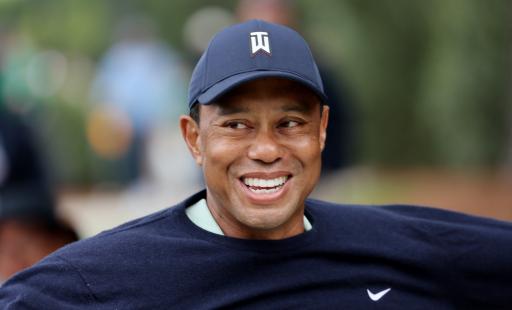 Tiger Woods has been named on the preliminary entry list for the PGA Championship at Southern Hills Country Club in May.

According to TW Legion on Twitter, Woods has been included in the field to play at the second major championship of the year in Tulsa, Oklahoma which begins on May 19.

The 46-year-old won his fourth PGA Championship title in 2007 at Southern Hills and he also won the event the previous year at Medinah.

After his valiant finish for 47th at The Masters earlier this month, Woods didn't confirm if he would play at the event however it wasn't ruled out. He took a similar hesitant approach in the lead up to his participation at Augusta National.

#BREAKING: Tiger Woods is on the just released prelim. entry list for the PGA Championship being played this May in Tulsa, Oklahoma at Southern Hills Country Club. He could still be a game time decision but has officially entered the tournament
(: Montana Pritchard / PGA) pic.twitter.com/wIWaHf3xf3

As he described it that week, the four-time PGA Championship winner could make another "game-time" decision on whether to play.

While speaking to the media after the fourth round in Augusta, Woods confirmed that he would play at The Open Championship at St Andrews.

The home of golf is a special place for Woods. He has won three Claret Jugs in his career and two of them have come at the Old Course.

Golf fans and players around the world were at their peak of excitement watching Woods walk the fairways at The Masters. The highlight of his week was his 1-under-par 71 in the first round.

The 15-time major champion may have run out of steam by the end of the week, as he still has to contend with the injuries he sustained in a car crash in February 2021.